Many Egyptians fearful in Ramadan amid new ‘security measures’ 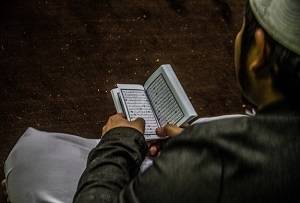 As Egyptian Muslims flock to mosques to perform taraweeh, a special nightly prayer only performed during Ramadan, many say they are avoiding prominent mosques for fear of harassment by security forces in a country dogged by political unrest since President Mohamed Morsi was ousted in a 2013 military coup.

“This year I’m going to perform taraweeh prayer at a small mosque beneath my home,” one Morsi supporter, who used to pray at Cairo’s prominent Al-Fath Mosque, told Anadolu Agency on condition of anonymity. “My wife is worried that I could be detained because of my beard.”

The iconic mosque was closed in mid-2013 after security forces evicted dozens of pro-Morsi activists and journalists who had been holed up inside after a night of violence outside the building that left more than 200 people dead.

Since Morsi's overthrow, Egyptian authorities have carried out a relentless crackdown on dissent that has mainly targeted the ousted president’s supporters, leaving hundreds dead and thousands behind bars.

Two days before Ramadan began, an Egyptian court sentenced more than 100 people to death – including Morsi himself.

Egyptian authorities have recently unveiled new regulations for "itikaf," a Ramadan practice in which worshipers withdraw into a mosque to devote themselves to prayer and reading Quran.

“We have set regulations for worshipers that want to practice itikaf,” Gaber Tayee, undersecretary of Egypt’s Ministry of Religious Endowments, told Anadolu Agency.

According to Tayee, worshipers who want to observe itikaf must first register their names with the authorities.

Under the new regulations, Tayee said, worshipers from outside the area in which the mosque is located will not be allowed to perform itikaf.