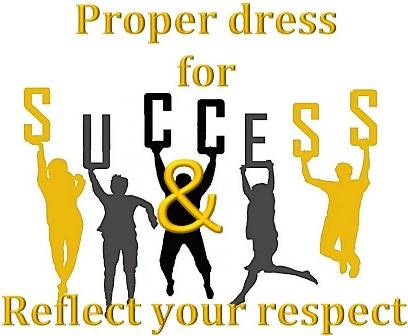 The greatest and most important of all the favors and blessings bestowed by Allah is Islam and the honorable Islamic law, which is derived from the Book of Allah and the Prophetic Sunnah. This Law has outlined all that which is beneficial for mankind in this life and the Hereafter.

One of the virtues of this Law is that its rules and regulations have clearly laid out preventions of all evil and immorality, and all the roads that lead to it which is a protection of the truth and morality. There are many issues for which this Law has laid out preventative measures so that people will not fall into evil, for example on some of the issues of faith, acts of worship and transactions.

However, the most obvious of all of these preventative measures are those related to women and the limits that Allah has defined for them not to exceed. Islam has clearly laid the guidelines for the Muslim woman to adhere to so that her personality remains distinct and her safety, purity, and good conduct are assured.

The correct dress and covering for women and the prohibition of them intermixing with men are the two most important interconnected preventative measures that Islam has laid out. Muslims must submit to the rulings which oblige women to properly cover in order to protect their chastity and purity, maintain shyness and protect them from being harassed or bothered, as Allah Says (what means): “O Prophet! Tell your wives and your daughters and the women of the believers to bring down over themselves [part] of their outer garments. That is more suitable that they will be known [as chaste believing women] and not be abused.  And ever is Allah Forgiving and Merciful” [Quran 33: 59].

In this verse, Allah addressed the wives of the Prophet

who were the furthest from immorality and evil actions; they were purest and most pious women ever and were honored by the virtue of being married to the Prophet

Muslims must also adhere and submit to the rulings which prohibit intermixing mixing between men and women. There are many Islamic texts in this regard, such as the Hadeeth which is narrated by ‘Uqbah Ibn ‘Aamir

said: “Do not enter into the presence of women.” A man from the Ansar then retorted: ‘What about our in-laws’ - referring to the relatives of a woman's husband such as his brothers, cousins, and their children, so the Prophet

replied: “The in-laws are death” [Al-Bukhari & Muslim] which means that they are more harmful to women than death is to the soul. The previous evidence came from the Prophet

whose words were nothing but revelation. So how could anybody ever accept anyone else's opinion over this?

Why is it that the Prophet

lined up the rows of men for prayers in the mosque separate from the women, and described the rows, as narrated by Abu Hurayrah

by saying: “The best rows [in the mosque] are the first rows, and the worst are the last, and the best rows [in the mosque] for women are last the rows, and the worst are the first.” [Muslim]. This affirms the obligation of separating men from women, and keeping them far apart. If this is the way believing men and women should be during an act of worship inside the mosque, then how much more so is it necessary in places outside the mosques, where gatherings might include evil and sinful people along with the good people?

The Muslim nation must not slight these texts because the evil consequences which these texts are aiming to prevent society from still very much exist, and there is nothing that would prevent such evils from occurring in our time which did not exist at the time of the Prophet

Moreover, the people whom the Prophet

addressed in these narrations were the best generation of the Muslim nation according to his own testimony, as was mentioned in many narrations. So, has the need for such texts and their warnings vanished in our time? Is it not a clear fact that in fact we need these texts and warnings even more than that generation did? This is especially so because of the dangers of evil in our time becoming more widespread and its means being more diverse.

It is usually the case that people honor any set of laws which they perceive as being beneficial to them, especially when these laws prevent evil or harm from befalling them when applied; moreover, people do not mind if these laws include certain restrictions on their freedom and impose penalties for those who disobey or transgress the defined limits. Why is it the case that some of those who believe in Allah and His Messenger deal with Islamic Law with suspicion and uncertainty. Some of these people even go as far as to demand that it should be abolished, despite the fact that this Law includes all that which is beneficial to mankind and prevents, or at least reduces, all that which brings harm?

It is not permitted for anyone to discuss and pass judgment regarding this issue without having the proper Islamic knowledge to be able to do so. Nor should they base their discussion and opinion on unfounded claims with no evidence, or simply argue on the basis of their base desires. Rather, one should be sincere and free themselves from their base desires which will divert them far away from the truth. In addition, one must have a broad knowledge of Islam and possess the ability to differentiate between authentic and weak evidences, possess a clear understanding of the relevant evidences as well as the ability to properly extract Islamic rulings from these evidences; only then can a person become eligible to discuss this issue.

The outcome of what we say or write is the matter which we must fear the most, and are extremely wary of its consequence, as the Prophet

after he had asked with astonishment: "Will we be held responsible for all that we say?" The Prophet

replied: “What do you think makes people land on their faces or noses into the Hellfire more than the product of their tongues?” [Ahmad, Abu Dawood & At-Tirmithi].