West Speaks with a Forked Tongue on the Arab Spring 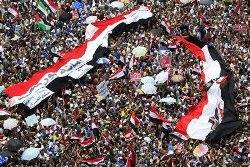 We profess fidelity to democracy, especially in the Arab world. But our commitment seems to come with the caveat that the will of the people is acceptable only if it confirms our prejudices. If not — as in Egyptians’ choice of the Muslim Brotherhood for both parliament and the presidency — some of our leaders, thinkers and media eminences get antsy and irrational.

They begin to echo the logic of Algeria, Iran, Israel and the dictatorships and monarchies of the Middle East that have resisted democratic outcomes.

In 1993, the Algerian military annulled the election of an Islamic party, tarring it as ‘terrorist’. In 2006, Israel did the same with the electorally victorious Hamas, with the full support of Stephen Harper. The Iranian clerical regime routinely rejects candidates it does not like, and fiddles with elections to favor those it prefers. Some others hold elections for councils and parliaments that have little or no power.

In varying degrees, Barack Obama, Harper and other western leaders have paid lip service to the Arab Spring. They have failed to stand by pro-democracy forces at key times.

They have been silent on the series of measures taken by the ruling Egyptian military junta to consolidate its power and even attempt to derail Mohammed Morsi’s election as president.

Yet Washington lectured him on the need to respect the rights of women and Coptic Christians.

This is not surprising coming from a capital that was complicit in the crimes of Hosni Mubarak, who banned the Brotherhood and jailed and tortured hundreds of its members for years.

Morsi himself was detained in 2006 for seven months. His sons Ahmed, Osama and Omar were detained during last year’s pro-democracy revolt and the latter two assaulted, as were thousands of others. But the White House remained mostly silent — as it has for decades about violations of human rights by tyrannical American client states.

When the West speaks up, it does so mostly on behalf of selected constituencies — non-Muslim minorities, in particular. When it advocates for the rights of women, it does so for certain types of women — secular, pro-western, often anti-Islamic. It did not go to bat for the women belonging to the Brotherhood who suffered for long periods under Mubarak.

All this contradicts the West’s cardinal position that there can be no cultural or religious exceptions to universal human rights.
The double standards get more pronounced when it comes to defaming election winners we don’t like.

Morsi and the Brotherhood are demonized for criticizing the Egypt-Israel peace treaty. But the treaty does not have popular legitimacy in Egypt. That’s why even Mubarak never fully normalized relations with Israel, and had the state media spew poison at Jews.

So long as Israel does not end the occupation of Palestinian land, Arabs of all political and ideological stripes will remain antagonistic. Anti-Israeli sentiment is not confined to “Islamists” and it is not motivated by anti-Semitism.

The Arab world is going through a historic transition. So are several religiously inspired groups, from Egypt to Tunisia and Libya. Emerging from oppression and moving into the democratic arena.

This is a slow and painful but peaceful process. If we hope to influence it, we need to be credible on democracy and human rights. We need to be more principled, less hypocritical, especially in the Arab world.

Egyptians stand under giant Egyptian flags during a demonstration against the delay of the Egyptian presidential results and the Supreme Council for the Armed Forces (SCAF) at Tahrir Square in Cairo June 22, 2012.