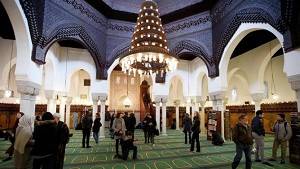 France has carried out abusive and discriminatory raids and house arrests against Muslims under its current state of emergency, traumatizing and stigmatizing those targeted, including children and the elderly, human rights groups said.

Those targeted said the police burst into homes, restaurants, or mosques; broke people's belongings; threw Qurans on the floor; terrified children; and placed restrictions on people's movements so severely that they lost jobs and income, or suffered physically.

The raids were launched on November 14 in response to attacks in Paris a day earlier that left 130 people dead, and were later claimed by the Islamic State of Syria and the Levant (ISIL) group.

ISIL's claim triggered a backlash - not just in France, but across Europe and elsewhere - as Muslim communities were collectively "punished".

There are between 5.5 million and 6.2 million Muslims in France, or roughly 7.6 percent of the total population - making the group the largest Muslim minority in Europe.

Both human rights groups said the raids, of which there were at least 3,200, have yielded few results.

According to HRW, while between 350 and 400 people have been placed under house arrest, the counterterrorism unit of the Paris prosecutor's office has opened only five terrorism-related investigations.

"France has a responsibility to ensure public safety and try to prevent further attacks, but the police have used their new emergency powers in abusive, discriminatory, and unjustified ways," said Izza Leghtas, Western Europe researcher at HRW, calling for an immediate end to warrantless searches and house arrests.

In January, HRW interviewed 18 people who said they had been subjected to abusive searches or placed under house arrest, as well as human rights activists and lawyers working in affected areas.

In one house raid, HRW said, police broke four of a disabled man's teeth before they realized he was not the person they were looking for.

In another case, a single mother's children were transferred to foster care following a raid.

Amnesty cited a case in the country's southeastern region of Rhone-Alpes in which a woman who was subjected to a search subsequently lost her job.

"I was dismissed just because of my supposed connections. They don't have anything to complain about my work and I have been working with them for 12 years. I've completely lost my bearings," said the woman, who was named only as D.

In another case recorded by Amnesty, police forced open the door of an elderly man with heart problems, causing him to faint. He was later taken to hospital in an ambulance, while his daughters - one of whom is disabled - were handcuffed and screamed at by officers.

"He was so terrified, he cried a lot when we visited him at the hospital the first days," said Nadia, one of the 80-year-old man's daughters.

Many of those interviewed said they were now scared of the police and have been shunned by their neighbors. Some said they were seeking to leave the country out of fear.

France's government has said it will ask parliament to renew the state of emergency for another three months.

"But it has not provided compelling evidence that would justify the need to continue these sweeping measures," said HRW.

"In a context of growing Islamophobia, the French government should urgently reach out to Muslims and give them assurances that they are not under suspicion because of their religion or ethnicity," HRW's Leghtas said.

"Freedom, equality, and fraternity have been badly damaged in the weeks since the November attacks. France should live by those words and restore their meaning."

Both Amnesty and HRW also took aim at a proposed measure to strip convicted terrorists with dual nationality of citizenship, a controversial bill which France's Justice Minister, the leftist Christiane Taubira, opposed and recently quit over.

According to Le Monde, some 3.3 million people have dual citizenship in France.

"Measures under a state of emergency must respect strict conditions: they must always be limited to what is strictly required by the exigencies of the emergency situation," said the report by Amnesty, which has tracked the implementation of emergency law since it began.

"They [the measures] must never be applied in a discriminatory manner."

Visitors look at inside the Great Mosque during an open-house event, in Paris, France, 10 January 2016.