Water the Garden of So-and-So 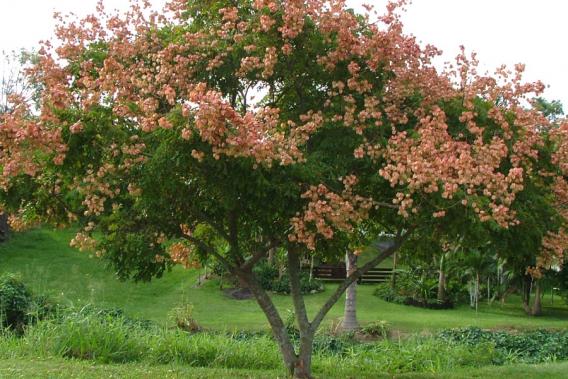 The text of the Hadeeth

Abu Hurayrah, may Allah be pleased with him, narrated that the Prophet

said: “While a man was in a barren tract of land (or a desert), he heard a voice proceeding from a cloud (saying): ‘Water the garden of so-and-so.’ Thereupon, the cloud drifted (in a certain direction), and water poured down therefrom over a rocky area. All the streamlets flowed into one large channel. The man followed the water and came upon a man standing in his garden, changing the course of the water with his spade. He said to him: ‘O Slave of Allah, what is your name?’ The man said: ‘So-and-so.’ It was that very name which he had heard from the cloud! The man said: ‘O slave of Allah, why do you ask me my name?’ He said: ‘I heard a voice from the clouds which poured down this water, saying: “Water the garden of so-and-so,” mentioning your name. What do you do with it (to receive such divine providence from Allah)?’ The man said: ‘Now that you ask me, I will tell you. I look at the produce of the garden, give one-third of it in charity, use one third for myself and my dependents to eat therefrom, and invest (the remaining) third back into the garden.’” [Muslim]

It may seem to those who perceive things based on their outward appearances that giving in charity to the poor and showing kindness to the needy are nothing but squandering wealth, wasting savings, and reasons for capital shortage.

This is the purely materialistic view on charity, but the Islamic preceptive on it is dramatically different. In Islam, spending in charity is a means to increase wealth and having it blessed, just as a person would sow a seed in the soil and it soon germinates and grows quickly into a tall, lush, and fruitful tree.

Allah, The Exalted, continues to shower His allies and slaves who hasten to give in charity with His kindness. He safeguards them from afflictions, increases their livelihood, blesses them with abundant good and success, and bestows upon them His grace. Could a person endowed with the help and care of his Creator ever be lost?

The best evidence of that is the Hadeeth under discussion. It relates the story of a righteous farmer, endowed with generosity and kindness at a time when such qualities had become rare, who subdued his human nature, which is innately inclined to miserliness and withholding wealth, and elevated himself to a refined spiritual status.

A man was walking in the desert, where water and vegetation are scarce, and he heard a voice saying: “Water the garden of so-and-so.” He marveled at what he heard in such a deserted place, where not a soul could be seen, and then realized that the voice came from the cloud above him! He was even more amazed and determined to explore the matter.

Filled with curiosity, the man set out behind the moving cloud to know its final destination. It stopped over a stony area full of black rocks, the rain poured down, and the water ran until it reached a garden, where there was a farmer standing to channel and direct the water flow.

The man went to the farmer and asked him what his name was. To his surprise, it was the same name he had heard from the cloud! Naturally, the owner of the garden was surprised by the question, so he asked the man: “O slave of Allah, why do you ask me my name?” The man told him about the cloud and what he had heard and seen and explained to him his sincere eagerness to know the secret behind such divine help and providence he received.

The answer came to reveal the truth and solve the mystery. The owner of the garden used to divide the produce of his garden into three parts; he gave one part in charity for the poor and needy, preserved the second part to provide for himself and his dependents, and invested the third part in the garden.

Reflections on the story

This ray of light from the Prophet’s Sunnah underlines the virtue of charity and its value in the sight of Allah, The Almighty. Giving in charity is a manifestation of human solidarity and a sign of a live conscience, a sense of duty, and responsibility towards others, and this contributes to the strength and cohesion of the community.

The blessings from the cloud that this righteous farmer received were glad tidings for him in the worldly life. As to the honor and blessings which Allah, The Exalted, has prepared for him in the Hereafter, they are far greater.

Among the lessons deduced from the story is that spending on the needy and relieving the distress of Muslims are profitable trade with Allah, The Exalted, in which the investor never loses. Allah, The Exalted, bestows His blessings upon His slaves who spend in charity and increases their wealth. He renders charity a means to increase provisions, as evidenced by the verse that reads (what means): {But whatever thing you spend [in His cause] – He will compensate it; and He is the best of providers.} [Quran 34:39] Moreover, the Qudsi Hadeeth reads: “Spend (on charity), O son of Adam, and I shall spend on you.” [Al-Bukhari and Muslim]

The value of work and its position in Islam can also be inferred from the story. This farmer did not isolate himself or renounce the worldly life; rather, he worked hard, availed himself of the available means, sought after earning his livelihood, and then gave in charity. This is how an active nation should be; it builds and strives to assume its proper place among the great nations.