The dangers of smoking 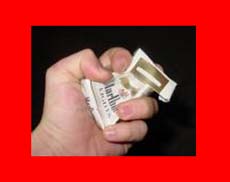 People should make use of what Almighty Allah has made lawful for them and beware of what He has prohibited. He left nothing which is good without making it lawful out of His grace, and nothing which is evil except that he prohibited it out of His mercy. So, just as He conferred upon you the bounty of making the good lawful, He also conferred upon you the bounty of making the evil prohibited. People should therefore offer praise to Him for both cases by willingly taking the lawful things and shunning the prohibited saying: 'we hear and obey.'

Nowadays smoking has spread to every section of our society, even to young boys in the markets and in their homes. No one can deny the harmful effects that it has on one's body, financial condition, society and religion.

The affects smoking on the body

People smoke for different reasons (as they claim), some smoke to relax when they feeling tense, others smoke to feel more alert when they feeling dull, while others smoke when they're depressed or bored, or to overcome feelings of anger or grief. The question here is; how can a mere cigarette be so many things to so many people? The answer lies in the chemicals in cigarettes and the powerful psychological effects they have.

There's hardly a part of the human body that's not affected by the chemicals in the cigarettes you smoke. Let's take a tour of your body to look at how smoking affects it.

The head and mouth

As a smoker, you're at risk for cancer of the mouth. Tobacco smoke can also cause gum disease, tooth decay and bad breath. The teeth become unsightly and yellow. Smokers may experience frequent headaches. And lack of oxygen and narrowed blood vessels to the brain can lead to strokes.

Moving down to your chest, smoke passes through the bronchi, or breathing tubes. Hydrogen cyanide and other chemicals in the smoke attack the lining of the bronchi, inflaming them and causing that chronic smoker's cough. Because the bronchi are weakened, you're more likely to get bronchial infections. Mucus secretion in your lungs is impaired, also leading to chronic coughing. Smokers are 10 times as likely to get lung cancer and emphysema as non-smokers.

Smoking and the heart

The effects of smoking on your heart are devastating. Nicotine raises blood pressure and makes the blood clot more easily. Carbon monoxide robs the blood of oxygen and leads to the development of cholesterol deposits on the artery walls. All of these effects add up to an increased risk of heart attack. In addition, the poor circulation resulting from cholesterol deposits can cause strokes, loss of circulation in fingers and toes and impotence.

Smoking and the body's organs

The digestive system is also affected. The tars in smoke can trigger cancer of the esophagus and throat. Smoking causes increased stomach acid secretion, leading to heartburn and ulcers. Smokers have higher rates of deadly pancreatic cancer. Many of the carcinogens from cigarettes are excreted in the urine where their presence can cause bladder cancer, which is often fatal. High blood pressure from smoking can damage the kidneys.

Nicotine, the chemical that makes addicts out of cigarette smokers, is a stimulant with properties similar to those of cocaine and amphetamine (speed). Nicotine provides the pick-me-up that smokers feel. It increases heart rate, blood pressure and breathing rate, and makes the smoker feel more alert. Unfortunately these effects wear off after 20 minutes or so and the smoker is left craving another pick-me-up.

Acetaldehyde, a by-product of both cigarette smoke and alcohol, has some sedative properties. The carbon monoxide in cigarettes makes you feel dull the way you would in a stuffy room with not enough air. These chemicals seem to dampen some people's feelings of tension, anger or strong emotion.

For many, the act of smoking itself—pausing in one's work, lighting up, exhaling a certain way—becomes a comforting ritual in itself. The smoker may be involved in a private fantasy that relieves feelings of boredom and meaninglessness. Smoking may go hand in hand with other activities, such as drinking coffee or alcohol or eating dessert. These "triggers" are why quitting smoking involves more than just kicking the nicotine habit. Sooner or later everyone who smokes does so to relieve the craving for nicotine—a powerfully addictive drug. The addicted body sends messages of uneasiness and need to the conscious mind until the smoker gives in and lights up.

Take a close look at the feelings that make you want a cigarette and those that you have after you light up. Understanding these feelings will put you in charge when you're ready to quit smoking. Do not be deceived by smokers who might appear to be of strong stature; unlike their outward appearance, they are not healthy in light of their lack appetite, the condition of their lungs, coughs, tuberculosis and feebleness which might be felt upon very little exertion.

Despite the bad health effects of smoking, the good news is that when you quit smoking your body begins to repair itself. Ten years after you quit, your body has repaired most of the damage smoking caused.

The affects smoking on the financial condition

Just ask any of them about the money that they expend daily on smoking, which, if spent on what is beneficial for a person and his family such as good food, drink, clothes, etc., would be of much benefit for ones religion and worldly life. Rather, a smoker uses up most of his money on this vain pursuit which only adds to his immediate and deferred injuries. We seek Allah’s guidance for us and for them.

As for the traders who earn money from buying and selling such items and become wealthy after being poor and rich after being needy, then these are all ill-gotten gains and sinfulness. Such people are rich financial terms but very poor in their hearts; wealthy in this world but have nothing in the Hereafter, due to these ill-gotten gains which they made in this worldly life. They do not know when death will come to them forcing them to leave their wealth to their heirs while their hearts still long for it. Indeed poverty is better than wealth gained by disobeying Allah.

The affects smoking on the community

Smoking diffuses social diseases that spread corruption amongst society, but most smokers do not care about the spread of this phenomenon among people; in fact they may actually enjoy seeing it spread among people to entertain and ease their own disastrous lifestyle. Therefore, they intentionally smoke in public before the youth, who become accustomed to this bad habit and regard it as a normal practice of the community. This leads to the inevitable outcome of the youth indulging in this fad to the extent that they rapidly become addicted to it. How many are the diseases that afflict those who use the remnants of cigarettes which are thrown in streets and public places!

The affects smoking on the one's religion

Most scholars, who are pure of all maladies and are well versed in the rulings of Islamic Law, know for certain it's prohibition from the Islamic texts and principles of Islamic jurisprudence. Smoking is disobedience of Allah and His Prophet

and disobedience opposes faith, which decreases by committing sins just as it increases by doing good.

Those upon whom Allah has conferred His bounty of being protected against this habit should praise Him for this bounty and ask Him for steadfastness and to protect his brothers who are plagued with this addiction so that they may give it up. They should also ask Allah repeatedly to guard them and approach all possible means that might help others to shun it such as having a strong will, avoiding the places where this vice is practiced and replacing it with that which Allah has made lawful of food and drink, for Allah has made lawful any gate that might lead to good. They should also think of the affairs of those whom Allah has released from the fetters of this habit and to what extent they regained their health and recovered from the diseases that afflicted them because of this addiction - surely all praise is due to Allah.

Those who wait until cancer or emphysema has set in aren't so lucky—these conditions are usually fatal. It's one more reason to take the big step and quit now, but a more worthy reason to quite is to adhere to the command of Allah to eat and drink healthy and refrain from harmful matters. Allah Says (what means): “O you who have believed! Eat from the good [i.e., lawful] things which We have provided for you and be grateful to Allah, if it is [indeed] Him that you worship.” [Quran 2: 172].