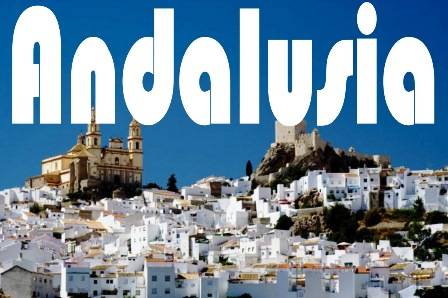 Tariq Ibn Ziyad is one of the most prominent commanders who recorded his name in the glorious Islamic history which includes names like Khalid Ibn Al-Waleed, S`ad Ibn Abi Waqas, `Amr Ibn Al-`Aas, Salahuddeen and Muhammad Al-Fatih.

Through Tariq Ibn Ziyad, a Muslim state was established in Andalusia, known nowadays as Spain and Portugal. This state lasted for eight centuries. This great hero was not originally an Arab, rather he was one of the Berbers who lived in Morocco. Many of these Berbers embraced Islam, including `Abdullah, the grandfather of Tariq. `Abdullah is the first Arab Muslim name in his family but the rest of his grandfathers were Berbers who were distinctly tall and blond.

Tariq Ibn Ziyad started out his life just like other Muslim children. He learnt how to read and write and memorized some Qur'anic chapters and Prophetic narrations. His love of military life made him join the army commanded by Moosa Ibn Nusayr, the Commander in charge of Morocco. Tariq participated in the Islamic conquests and he displayed superior courage and excellent commanding skills that attracted the attention of Moosa Ibn Nusayr. Moosa Ibn Nusayr admired his skills and abilities and appointed him as the ruler of Tangier, a Moroccan city on the Mediterranean.

An opportunity to conquer Andalusia

Andalusia was ruled by an unjust king, Ludrique, who was hated by his own people who were thinking of deposing him and revolting against him. They sought the help of the Muslims who were ruling the North African region, especially after they heard how fair the Muslims are. Count Julian, ruler of Ceuta near Tangier, intermediated in order to convince the Muslims to help the Andalusians. Julian contacted Tariq Ibn Ziyad and offered him his assistance in order to get rid of Ludrique. Tariq welcomed this offer and found it a good opportunity to resume Jihad and conquests and to spread Islam and allow people to know about its noble teachings. Tariq sent to Moosa Ibn Nusayr, in Morocco, in order to take permission to conquer Andalusia. Moosa asked Tariq to wait until he sends to the Caliph of the Muslims, Al-Waleed Ibn `Abdul-Malik in order to take his permission to conquer Andalusia and explain the situation to him. The Caliph gave him permission but instructed Moosa Ibn Nusayr to send a reconnaissance campaign first in order to discover what is going on in Andalusia before sailing towards them.

In response to the command of the Caliph, Tariq started to prepare a small campaign in order to cross the Mediterranean to Andalusia. The campaign was under the command of a Berber commander called Tareef Ibn Malik. It consisted of five hundred of the best Muslim soldiers who moved in order to check the status quo in Andalusia. The campaign marched out in Ramadan 91 A.H., July 710 A.C. They crossed the sea in four ships offered by Ct. Julian. They landed on the opposite bank in an area which was later named Tareef Island after the commander of the campaign. This small campaign examined the country well. They did not encounter any resistance, and they returned with generous spoils of war.

The expedition of Tariq Ibn Ziyad

The results of Tareef's expedition encouraged Tariq to prepare for the invasion of Andalusia. After less than a year following Tareef's expedition, Tariq Ibn Ziyad marched out with seven thousand soldiers, most of them were Muslim Berbers. He crossed the Mediterranean to Andalusia and the Muslim Army was assembled near a mountain that was known later as Jabal Tariq (the mount of Tariq or Gibraltar) on the fifth of Rajab 92 A.H., the 27th of April 711 A.C.

Tariq stayed in this area for several days. He built a castle to act as a military base near the mountain. He assigned some soldiers to guard it and protect the back lines of the army in case he was forced to withdraw.

Supported by Ct. Julian, Tariq Ibn Ziyad marched with his army penetrating the nearby area. He headed towards the "Green Island" province and occupied its castles. At this point, Ludrique came to know about the invasion. He was busy fighting some rebels in the north. He stopped fighting them and returned to Toledo, the capital of the country, and prepared himself to encounter the Muslim army.

Tariq Ibn Ziyad marched north towards Toledo. His forces camped in a wide valley between Tajo river in the east and Albarracin river in the west. At the same time, Ludrique completed his preparations and recruited a tremendous army of one hundred thousand warriors armed with the most powerful weapons. Ludrique marched to the south and he was quite sure that he will be victorious.

When Tariq Ibn Ziyad was informed about this large number of soldiers, he sent a message to Moosa Ibn Nusayr telling him about the situation and asking for support. Moosa Ibn Nusayr sent five thousand of the best soldiers. Thus the total number of the Muslims reached twelve thousand.

Ludrique marched towards Shadhunah where he completed his preparations. Then he headed in order to encounter the Muslims.

A decisive battle took place between the two armies near Shadhunah. The battle started on the 28th of Ramadan 92 A.H., the 18th of July 711 A.C. and continued for eight days. The Muslims were courageous fighters, and were as firm as mountains in the battlefield, although their enemy who were well-equipped outnumbered them. The Muslims were not afraid of the enemy's power or large number. The Muslims were victorious over their enemy through excellent preparation, deeply-rooted faith, sincerity, and the ardent desire to be killed as martyrs for the sake of Allah.

On the eighth day of the battle, the Muslims were victorious. Ludrique, the last of the Visigoth kings, fled after the battle, and no trace of him was found; it seems that he lost his life in the battle in which he had also lost his kingdom.

The aftermath of victory

After this resounding victory, Tariq chased the defeated army and he marched out with his army conquering the country. He did not encounter considerable resistance on his march to the north. On his way to Toledo, the capital of the Visigoth, Tariq sent small military expeditions in order to conquer cities such as Cordoba, Granada and Malaga.

Tariq continued his march northward penetrating the hills of Andalusia until he reached Toledo after a long, harsh journey that covered more than six hundred kilometers away from the battlefield.

When Tariq reached Toledo, he treated its people kindly and he did not touch their churches. Then he marched further north until he reached the Bay of Biscay. He returned again to Toledo and wrote a message to Moosa Ibn Nusayr informing him of his victorious conquest. He asked for more men and equipment in order to continue his march, spread Islam in these areas and help its people get rid of the injustice of the Visigoths.

Moosa Ibn Nusayr and his participation in the conquest of Andalusia:

Moosa Ibn Nusayr was following up the march of the Islamic army under the command of Tariq Ibn Ziyad. He realized that Tariq is in need of help and support, especially after the martyrdom of many Muslims in the battles they fought. Commanding eighteen thousand soldiers, he crossed to Andalusia in Ramadan 93 A.H., June 712 A.C. He marched taking a different route other than the one taken by Tariq so that he could have the honor of conquering new areas. He marched until he reached Toledo where he met Tariq Ibn Ziyad.

After a short rest in Toledo, the two commanders restarted invasion again and they conquered Zaragoza, Tarragona and Barcelona as well as other cities. Then, each commander took a different route until they conquered all of Andalusia.

The Return to Damascus

While the two commanders were conquering these areas, they received a message from caliph Al-Waleed Ibn `Abdul-Malik in which he asked them to stop the conquest and return to Damascus in order to submit a report on the progress of the conquest. The two commanders organized the affairs of the places they conquered and took Seville as capital of Andalusia due to its closeness to the sea.

The two commanders left Andalusia and marched towards Damascus, the capital of the Umayyad caliphate. They reached Damascus and found that Al-Waleed died and his brother Sulayman Ibn `Abdul-Malik has become caliph. They submitted a complete report on the conquest. The caliph ordered them to stay in Damascus. Tariq Ibn Ziyad stayed there and the caliph was satisfied with his great conquests that made him immortal among the great Muslim commanders.

The character of Tariq Ibn Ziyad

Tariq Ibn Ziyad was a great commander who managed, through his faith, patience, decisiveness and determination, to reach this high position.

He managed to achieve all these victories because he used to think over every step he takes, and he never rushed in taking decisions. He used to collect information before he moves; for example, before he crossed to Andalusia, he sent a reconnaissance expedition in order to check the status quo of Andalusia.

He was also a faithful believer and he was quite sure that Allah's victory will be in his side even in the most critical moments. For eight days, he continued to fight an enemy that excelled his army in terms of number and equipment, but with the Grace of Allah he managed to achieve victory at the end.

Muhammad Al-Fatih: about whom the Prophet gave glad tidings