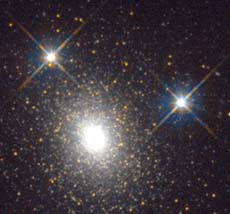 asked people to be just and kind. As the supreme judge and arbiter, as the leader of Muslims, as generalissimo of a rising power, as a reformer and apostle, he

had always to deal with people and their affairs. He

had often to deal with mutually inimical and warring tribes when showing justice to one carried the danger of antagonizing the other, and yet he

never deviated from the path of justice. In administering justice, he

made no distinction between believers and nonbelievers, friends and foes, high and low. From numerous instances reported in the traditions, a few are given below.

Sakhr, a chief of a tribe, had helped the Prophet

greatly in the siege of Taaif, for which he

was naturally obliged to him. Soon after, two charges were brought against Sakhr: one by Mugheerah, may Allah be pleased with him, of illegal confinement of his (Mugheerah's) aunt and the other by Banu Saalim of forcible occupation of his spring by Sakhr. In both cases, he

decided against Sakhr and made him undo the wrong. [Abu Daawood]

but as there were no eye-witnesses to identify the guilty, he

did not say anything to the Jews and paid the blood-money out of the state revenues.  [Al-Bukhari]

A woman of the Makhzoom family with good connections was found guilty of theft. For the prestige of the Quraysh, some prominent people including Usaamah Ibn Zayd, may Allah be pleased with him, interceded to save her from punishment. The Prophet

refused to condone the crime and expressed displeasure saying:

"Many a community ruined itself in the past as they only punished the poor and ignored the offences of the exalted. By Allah, if Muhammad's (My) daughter Faatimah would have committed theft, her hand would have been severed." [Al-Bukhari]

The Jews, in spite of their hostility to the Prophet

and he decided them according to Jewish law. [Abu Daawood]

was distributing the spoils of war, people flocked around him and one man almost fell upon him. He

pushed the men with a stick causing a slight abrasion. He

was so sorry about this that he

told the man that he could have his revenge, but the man said: "O messenger of Allah, I forgive you." (Abu Daawood)

In his fatal illness, the Prophet

proclaimed in a concourse assembled at his house that if he

owed anything to anyone the person concerned could claim it; if he

had ever hurt anyone's person, honor or property, he

could have his price while he was yet in this world. A hush fell on the crowd. One man came forward to claim a few Dirhams which were paid at once. [Ibn Hishaam]

asked people to shun notions of racial, family or any other form of superiority based on mundane things and said that righteousness alone was the criterion of one's superiority over another. It has already been shown how he mixed with everyone on equal terms, how he

ate with slaves, servants and the poorest on the same sheet (a practice that is still followed in Arabia), how he

refused all privileges and worked like any ordinary laborer. Two instances may, however, be quoted here:

visited Sa'd Ibn 'Ubaadah, may Allah be pleased with him. While returning, Sa'd sent his son Qays with him. The Prophet

asked Qays to mount his camel with him. Qays hesitated out of respect but the Prophet

insisted: "Either mount the camel or go back." Qays decided to go back. [Abu Daawood]

On another occasion he

insisted and he had to comply. The Prophet

himself walked on foot as he did not want to put too much load on the animal. [An-Nasaa'ee]

The prisoners of war of Badr included Al-'Abbaas, the uncle of the Prophet

. Some people were prepared to forgo their shares and remit the Prophet's ransom but he declined saying that he could make no distinctions. [Al-Bukhari]

During a halt on a journey, the companions apportioned work among themselves for preparing food. The Prophet

took upon himself the task of collecting firewood. His companions, may Allah be pleased with them, pleaded that they would do it and that he

need not take the trouble, but he

replied: "It is true, but I do not like to attribute any distinction to myself. Allah does not like the man who considers himself superior to his companions." [Az-Zarqaani] 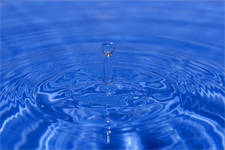