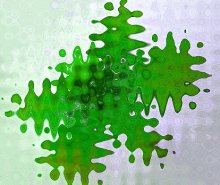 51269 0 3097
Ibn Taymiyyah, may Allah have mercy on him, said in his commentary on the verse (which means): "And [they are] those who do not testify to falsehood…"[Quran 25:72]: As regards the festivals of the polytheists, they combine confusion, physical desires and falsehood. There is nothing in them that is of any religious benefit, and the instant gratification involved in them only ends up in pain. Thus they are falsehood, and witnessing them means attending them.
This verse itself praises and commends (those who do not witness falsehood), which has the meaning of urging people to avoid taking part in their festivals and other kinds of falsehood. We understand that it is bad to attend their festivals because they are called 'falsehood'.

It indicates that it is Haraam (prohibited) to do this for many reasons, because Allah, The Most Exalted, has called it 'falsehood'. Allah Almighty condemns the one who speaks falsehood even if no one else is harmed by it, as in the verse forbidding Thihaar [a form of divorce in which the man says to his wife "You are to me like the back of my mother"], where He Says (what means): "… And indeed, they are saying an objectionable statement and a falsehood…" [Quran 58:2]

Allah Almighty also Says (what means): "… So avoid the uncleanliness of idols and avoid false statement…" [Quran 22: 30] So the one who says or practices falsehood is condemned in this fashion.

Anas Ibn Maalik, may Allah be pleased with him, said: "The Messenger of Allah,

came (to Madeenah) and they (inhabitants of Madeenah) had two days in which they would (relax and) play. He

said: "What are these two days?" They said, "We used to play (on these two days) during the Jaahiliyyah (pre-Islamic period)." The Messenger of Allah,

said: "Allah has given you something better instead of them: Yawm Al-Adh-ha ('Eed Al-Adh-ha) and Yawm Al-Fitr ('Eed Al-Fitr)." [Abu Daawood]

This indicates clearly that the Prophet,

definitely forbade his Ummah (Muslim Nation) to celebrate the festivals of the disbelievers and he strove to wipe them (non-Islamic festivals) out by all possible means.
Indeed, the Prophet,

went to great lengths to command his Ummah to be different from the disbelievers in many issues that are permitted and in many ways of worship, lest that lead Muslims to be like them in other matters too. This being different was to be a barrier in all aspects, because the more different you are from the people of Hell, the less likely you are to do their acts.

The Hadeeth (Prophetic narration): "Every people has its festival, and this is our festival" [Al-Bukhari & Muslim] implies exclusivity that every people has its own festival, as Allah Almighty Says (what means): "For every nation there is a direction to which they face (in their prayers)…" [Quran 2: 148] and "… To each among you We have prescribed a law and a clear way…" [Quran 5: 48]. This implies that each nation has its own ways. The letter "to" in "to each" implies exclusivity. So if the Jews have a festival and the Christians have a festival, it is just for them, and we should not have any part in it, just as we do not share their Qiblah (direction of prayer) or their laws.

One of the conditions set out by 'Umar Ibn Al-Khattaab, may Allah be pleased with him, and agreed upon by the Prophet's Companions, may Allah be pleased with them, and by all the Muslim Jurists after them is that those of the People of the Book who have agreed to live under Islamic rule (Ahl Al-Thimmah) should not celebrate their festivals openly in Daar Al-Islam (lands under Islamic rule). If the Muslims have agreed to prevent them from celebrating openly, how could it be right for the Muslims to celebrate them? If a Muslim celebrates them, is that not worse than if a non-Muslim does so openly?

In the chapter entitled "on the abhorrence of entering the churches of Ahl Al-Thimmah on the occasion of their New Year and other celebrations" Al-Bayhaqi reported the following Hadeeth:
"'Umar, may Allah be pleased with him, said: "Do not enter upon the polytheists in their churches on their feast-days, for the Wrath (of Allah) is descending upon them." He, may Allah be pleased with him, also said: "Avoid the enemies of Allah on their festivals."

'Ali Ibn Abu Taalib, may Allah be pleased with him, refused to even acknowledge the name of their festivals which were exclusively theirs, so how about actually celebrating them?

said: "It is not permitted to attend the festivals of the Christians and Jews. Ahmad

also stated this, and his evidence for that is the verse (which means): "And those who do not witness falsehood…' [Quran 25: 72]. He

said: "The Muslims are to be prevented from entering upon them in their synagogues and churches."
Greeting the non-Muslims on Christmas and other religious holidays of theirs is Haraam, by consensus, as Ibn Al-Qayyim

said in Ahkaam Ahl Al-Thimmah: "Congratulating the non-Muslims on the rituals that belong only to them is Haraam by consensus, as is congratulating them on their festivals and feasts by saying: 'A happy festival to you' or 'May you enjoy your festival,' and so on. If the one who says this has been saved from disbelief, it is still forbidden. It is like congratulating someone for prostrating to the cross, or even worse than that. It is as great a sin as congratulating someone for drinking wine, or murdering someone, or having illicit sexual relations, and so on. Many of those who have no respect for their religion fall into this error; they do not realize the offensiveness of their actions. Whoever congratulates a person for his disobedience or Bid'ah (innovation) or disbelief exposes himself to the Wrath and Anger of Allah."

Congratulating the non-Muslims on their religious festivals implies that one accepts or approves of their rituals of disbelief, even if one would not accept those things for oneself. But the Muslim should not accept the rituals of disbelief or congratulate anyone else for them, because Allah Almighty does not accept any of that at all, as He Says (what means): "If you disbelieve - indeed, Allah is Free from need of you. And He does not approve for His servants disbelief. And if you are grateful, He approves it for you…” [Quran 39: 7]

And (what means): ". . . This day I have perfected for you your religion and completed My favor upon you and have approved for you Islam as religion. . ." [Quran 5: 3]. So congratulating them is forbidden, whether they are one's colleagues at work or otherwise.
If the non-Muslims greet us on the occasion of their festivals, we should not respond, because these are not our festivals, and because they are not festivals which are acceptable to Allah. These festivals are innovations in their religions, and even those which may have been prescribed formerly have been abrogated by the religion of Islam, with which Allah sent Muhammad,

to the whole of mankind. Allah Says (what means): "And whoever desires other than Islam as religion - never will it be accepted from him, and he, in the Hereafter, will be among the losers…" [Quran 3: 85]

It is Haraam for a Muslim to accept invitations on such occasions, because this is worse than congratulating them as it implies taking part in their celebrations.
Similarly, Muslims are forbidden to imitate non-Muslims by having parties on such occasions, or exchanging gifts, or giving out sweets or food, or taking time off work, etc., because the Prophet

said: "Whoever imitates a people is one of them."  [Abu Daawood]

Whoever does anything of this sort is a sinner, whether he does it out of politeness or to be friendly, or because he is too shy to refuse, or for whatever other reason, because this is hypocrisy in Islam, and because it makes the non-Muslims feel proud of their religion.

Allah Almighty is the One Whom we ask to make the Muslims feel proud of their religion, to help them adhere steadfastly to it, and to make them victorious over their enemies, for He is the Strong and Omnipotent.