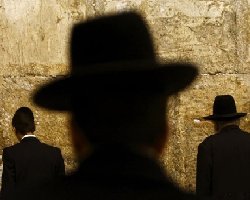 An international children's rights charity has said it has evidence that Palestinian children held in Israeli custody have been subjected to sexual abuse in an effort to extract confessions from them.

The Geneva-based Defense for Children International (DCI) has collected 100 sworn affidavits from Palestinian children who said they were mistreated by their Israeli captors.
Fourteen of the statements say they were sexually abused or threatened with sexual assault to pressure them into confessions.
Al Jazeera's correspondent in the West Bank, Nour Odeh, met one of the children, identified only as "N", who said he suffered sexual abuse at the hands of his interrogators.
Dismissive attitude
DCI officials say that when they complain to the Israeli military about the treatment of the children, their allegations are dismissed as untrue.
Now the organization has submitted its evidence to the United Nations Special Reporter on Torture to try and increase pressure on Israel to stamp out the alleged abuse.
According to our correspondent, Israel has two sets of laws: one for its citizens and another for Palestinians in the West Bank and Gaza.
All Palestinians, minors and adults, are tried in military courts.
Children between the ages of 12 and 16 are tried in Israeli military courts as children.
From 16 years onwards, Palestinians are tried as adults.
Human-rights groups have criticized Israel's detention policy with regard to children, which denies them access to their families or lawyers during the detention process.
Palestinian children arrested by Israel are not permitted to see their lawyers until they are in court.
There are currently 340 Palestinian children in Israeli jails, mostly convicted of throwing stones.
An Israeli military order stipulates that stone throwing carries a maximum jail sentence of 20 years, and there is no appeals process for decisions by Israeli military courts.
Israeli reaction
The Israeli military, in a written response, rejected DCI's allegations, saying the "detention of minors is consistent with international law".
It said all court hearings involving minors in the West Bank were conducted before a special military court which specializes in dealing with issues pertaining to minors.
Bana Shoughry-Badarne, head of the legal department at the Public Committee Against Torture in Israel, an Israeli human-rights group, says there is a huge issue of impunity in Israel with regard to complaints against the security services.
"Our latest report, from 2009, shows that from the 600 complaints that were submitted to Israel's attorney-general, all of them were dismissed," she told Al Jazeera from Jerusalem.
"There was not even one criminal investigation."
PHOTO CAPTION
A secret prison in Israel
Source: Aljazeera.net