How we should receive Ramadan - II 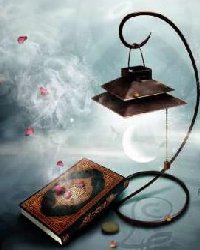 6421 0 1029
5. Receiving Ramadan by making the best use of time
Time is very precious because every minute that passes can never return. Ramadan is also a means of success or failure, salvation or destruction…
Amongst the obligatory and recommended acts of worship in Ramadan are:

First: Fasting during the daytime:

Allah The Almighty Says (what means): {So whoever sights [the new moon of] the month, let him fast it; and whoever is ill or on a journey - then an equal number of other days.} [Quran 2: 185]

, said: “Whoever fasts Ramadan out of faith and seeking the reward of Allah, his previous sins will be forgiven.”  [Al-Bukhari and Muslim]

, said: “Whoever stands (in voluntary prayer at night in) Ramadan out of faith and seeking the reward of Allah, his previous sins will be forgiven.” [Al-Bukhari and Muslim]

Ramadan is the month of the Noble Quran. Allah The Almighty Says (what means): {The month of Ramadan [is that] in which was revealed the Quran, a guidance for the people and clear proofs of guidance and criterion.} [Quran 2: 185]

The angel Jibreel (Gabriel), may Allah exalt his mention, would study the Quran with the Prophet,

, in the month of Ramadan. Hence, our righteous predecessors would devote themselves and their time to reciting the Quran in Ramadan. So would used to recite the Quran in the prayers and at other times. Az-Zuhri

said at the advent of the blessed month of Ramadan, “It is only for reciting the Quran and giving food.”

, said: “Whoever gives food to someone who is fasting to break his fast with will have a reward like his, without that detracting from the fasting person’s reward in the slightest.”[Al-Bukhari and Muslim]

It was narrated that the Messenger of Allah,

said: “‘Umrah in Ramadan is equivalent (in reward) to Hajj.”In another narration:“To Hajj with me .” [Al-Bukhari and Muslim]

I‘tikaaf is in the last ten days of Ramadan. It was narrated that ‘Aa’ishah, may Allah be pleased with her, said, “The Prophet

Eighth: Seeking the Night of Al-Qadr (Divine decree) and spending its time in prayer:

, said: “Whoever stands (in prayer) during the Night of Al-Qadr out of faith and seeking the reward of Allah, he will be forgiven his previous sins.”  [Al-Bukhari and Muslim]

This is is during the last ten days of Ramadan.

6. Receiving Ramadan by perfecting and excelling in deeds

Allah The Almighty Says (what means):

We mentioned this because some people, may Allah guide them, made the fast a pretext for neglecting public duties and the tasks that they are assigned. If one were to ask one of them why, he would reply, is it not sufficient that I am fasting? It is as if fasting entails laziness, neglecting public duties, and making things difficult for others. On the contrary, it calls for being active, striving, treating people kindly and making things easy for them.

It was narrated that the Messenger of Allah,

said:“If one of you is fasting, he should avoid sexual relations with his wife and quarreling, and if somebody fights or quarrels with him, he should respond: 'I am fasting.’”[Al-Bukhari and Muslim]

Thus, we have to adhere firmly to the noble morals of Islam in this month as well as in all other months. That is to say, everyone should fulfill his obligations towards his Lord, the Prophet,

and his fellow Muslims and ask for his needs kindly so that he may attain piety, which is the main aim behind fasting as Allah The Almighty Says (what means): {Decreed upon you is fasting as it was decreed upon those before you that you may become righteous.} [Quran 2: 183]

1-    Refraining from satisfying the desires of the stomach and the sexual organs.

2-    Restraining the eyes, tongue, feet, ears and all other organs of the body from committing sins.

Allah The Almighty Says (what means): {O you who have believed, fear Allah. And let every soul look to what it has put forth for tomorrow - and fear Allah. Indeed, Allah is Acquainted with what you do. And be not like those who forgot Allah, so He made them forget themselves.}[Quran 59:18-19]

Furthermore, ‘Umar ibn Al-Khattaab, may Allah be pleased with him, said, “Hold yourself to account before you are held to account, and weigh yourselves before you are weighed, as reckoning yourselves today will make it easier for you to be reckoned tomorrow.”

Self-reckoning should be before and after doing any action:

Doing it before doing any action is to reckon oneself on his intention and in following the way of the Prophet,

Reckoning after the action is of three types:

First, one should reckon his soul for its gross negligence wit respect to the acts of worshiping Allah The Almighty which it has not performed properly, and the right of Allah, in acts of

1- Sincerity of intention in doing any action.

2- Attempting to do it perfectly and in a way that would Allah The Almighty.

3- Doing it in accordance with the guidance of the Prophet,

4-    Worshipping Allah as though one sees Him

5-    Acknowledging the Blessings of Allah The Almighty upon him with regard to enabling him to do the act.

6-    Acknowledging one’s shortcomings with respects to it.

Second one should reckon his soul for any action that he has done when it would have been better for him not to have done.

Third one should cast a critical look back at whatever permissible acts he has done and ask himself why he did them: Were they for the sake of Allah The Almighty and the Hereafter? If so, he will be rewarded greatly, however, if he did it for this world and its trivial gains, he will miss great rewards.

Therefore, we could receive, live, feel delighted and benefit from the blessed month of Ramadan, and if we cannot do that, we would be like the Prophet,

We ask Allah The Almighty sincerely to accept our good deeds and not to return them as empty.

How we should receive Ramadan - I