Allah The Almighty Loves Deliberation - I 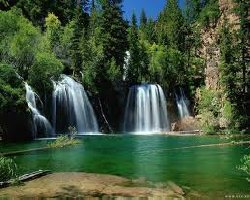 Dear brothers and sisters, if you think about the negative results of many of our deeds, you would find that rashness and lack of deliberation are the main reasons behind losing what we want.

Deliberation means not being hasty in seeking anything and acting purposefully to gain it. Consider how Allah The Almighty disapproves of haste. Allah The Almighty Says (what means): {O you who have believed, if there comes to you a disobedient one with information, investigate, lest you harm a people out of ignorance and become, over what you have done, regretful.} [Quran 46:6]

praised the delegation of ‘Abd Al-Qays from the Hajar region for their deliberation and tolerance, as he said to Ashajj ‘Abd Al-Qays: “You have two characteristics that Allah and His Messenger like: forbearance and deliberation.” [Al-Bukhari and Muslim]

. This is because the Prophet

attributed deliberation to Allah The Almighty and attributed hastiness to Satan. The Prophet

said: “Deliberation is from Allah and hastiness is from the devil. Allah is the one who pardons His slaves most and the thing that Allah likes most is praising Him.” [Abu Ya‘la: Narrators of Saheeh Hadeeth]

narrated, “Once, while we were sitting with the Prophet

said to him: ‘You have been hasty in your supplication.’

to first praise Allah The Exalted duly, as He deserves, then ask Him to send His blessings upon him (the Prophet

) and to grant him peace, then to supplicate Him. Then the Prophet

said: ‘Invoke Allah and He will answer your invocation and give you what you ask Him for.” [An-Nasaa’i], [Al-Albaani: in As-Saheehah]

How good is patience and deliberation, as it brings good qualities that reassure a person and enable him to avoid any harm that might afflict someone who is hasty. Patience and deliberation brings peace of mind during the night and inner peace during the day. Abu Haatim said, “The hasty person cannot be caught, while the patient, deliberate one cannot be preceded.  The silent person can never regret, while the one who speaks can is never be safe of from making mistakes. The hasty person usually speaks before he is sure; answers before he understands and praises before he tries.”

Dear honorable brothers and sisters, how much will the merchant lose if he buys merchandise that he does not know? How much will the spouses regret, if they get married without careful consideration or consultation? How great is the regret of the husband if he hastens to divorce his wife without talking to her politely or submitting the issue to two wise arbitrators? How much will the student regret if he is hasty during an exam and does not think carefully about his answer? How much will the friend feel sorry when accusing his friend without having any proof of this accusation? Will the judge be just if he is hasty with his sentence?

Great was the wisdom of the Prophet

which Allah The Almighty granted him. ‘Ali

sent me to Yemen as a judge so I asked him, ‘Will you send me as a judge and I am still young and do not know about judging?’ The Prophet

replied: ‘Allah will guide your heart and fix your tongue (on the truth). When two parties come to you, you must not say your judgment unless you listen to each one of them as this would make the issue clearer to you.’ ‘Ali said, ‘Since then I became a good judge or was never in doubt regarding any judgment.’” [Abu Daawood and Ahmad] [Ahmad Shaakir: Saheeh]

disapproved of those who are hasty with their invocations and considered haste one of the reasons that render an invocation unaccepted. The Prophet

said: “The supplication of any of you is answered unless he is hasty with it and says, ‘I invoked my Lord, but He did not answer my invocation.’” [Al-Bukhari and Muslim]

Deliberation is part of the personality of a confident person, as a deliberate person is usually more likely to evaluate his status and position. He is characteristically self-confident, decisive and not hesitant, as he does not accept failure. He is aware of what he intends to do and scrutinizes it well by studying (its implications) and consulting others until he decides to do it, while relying on Allah The Almighty. If he makes a mistake, he quickly repents without blaming himself or despairing of the mercy of Allah The Almighty. The Prophet

said: “Good morals, deliberation and moderation are one part of the twenty-four parts of Prophethood.” [At-Tirmithi: Hasan]