You Need Allah to Enter the Gate of Repentance 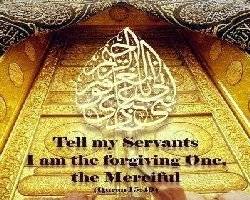 You need to supplicate Him to remove adversity from the Muslims, to send down His mercy and help upon the believers, to defeat the disbelievers, to shake the earth underneath them and to destroy them. You need to supplicate Him to bring about harmony between you and your brothers, to remove all your grudges, rancor, evil and bad morals. You need Him to guide you to the best of morals, since none but He could guide to the best of morals, and to take away from you the worst of morals, since none but Him could take away the worst of morals.
You need to supplicate Him to bring about harmony and affection between you and the believers, to send down His mercy upon you, to enlighten your way to Him, to cause you to abstain from this world, to drive you to the Hereafter, to remove from you your desires and lusts which hinder you from Allah The Almighty. You need Him to engage your tongue with His remembrance, and your heart with approaching Him, to accept your supplication, and to grant you forgiveness and emancipation from Hell. Allah The Almighty has opened for you the gate and shown to you the way of obtaining a response you have to follow.
You have waited for all of this, to achieve the response of Allah The Almighty to supplication, supplicating Him in humble entreaty, imploring, giving charity whereby the righteous deeds and supplications rise to Allah The Almighty, as stated by Him. You should not forget also repentance and seeking forgiveness that remove sins and misdeeds, intending that thereby your deeds would rise, your supplication would be accepted, and your intercession would be admitted by Allah The Almighty.
You have now learned this way; and the negligent and deprived one is the one who learns the way and is denied access to it, with its gate closed in his face with the result that you would be deprived of all good. You have learnt also to what extent you are in dire need for Allah The Almighty, and that, in the end, there is no refuge nor salvation from (the punishment and wrath of) Him but to (the mercy and forgiveness of) Him, and that He accepts the repentance of those who repent, the supplication of those who supplicate, and the return of those who return to Him. You have learnt that once they come near Him as little as a span, He comes near them as much as a cubit, and that He waits for their return to the truth.
Unless you hasten to do so, see yourself more gentle, tearful and fearful, with the signs of your submissive humility visible on your heart, tongue and all your physical organs, it should be known to you then that the gate of response is still closed in your face, and you are still not fit to enter. So, weep over yourself for the extent of deprivation, expulsion and exclusion that you have reached, for which you neither sense nor entertain pain. How can you work for your Hereafter while being in that state? Such is not one of the deeds of the Hereafter. Instead, this is one of the ways man is drawn by Satan, and excluded by Allah The Almighty, because of the things by which he deceives himself rather than comes near Allah The Almighty.