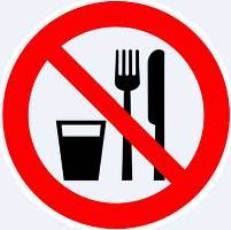 Anything nutritious that is intentionally consumed through the mouth, nose, vein or the like, invalidates the fast. Allah The Exalted Says (what means): {And eat and drink until the white thread of dawn becomes distinct to you from the black thread [of night].} [Quran 2:189]. Moreover, the Prophet

said in a Hadeeth Qudsi: "(Allah The Exalted Says about the fasting person), 'He has left his food, drink and sexual desire for My Sake’..." [Al-Bukhari] The fasting person abstains from all these matters from dawn till sunset. Whoever intentionally and willingly consumes any of these things during the daytime in Ramadan has nullified his fasting.

According to the Quran, the Sunnah and consensus of scholars, engaging in sexual intercourse invalidates the fast. Allah The Exalted Says (what means): {It has been made permissible for you the night preceding fasting to go to your wives [for sexual relations]. They are clothing for you and you are clothing for them. Allah knows that you used to deceive yourselves, so He accepted your repentance and forgave you. So now, have relations with them and seek that which Allah has decreed for you [i.e. offspring]. And eat and drink until the white thread of dawn becomes distinct to you from the black thread [of night]. Then complete the fast until the night [i.e. sunset].} [Quran; 2:187]

This verse underlines that a fasting person is entitled to all these lawful enjoyments from sunset until dawn and then should abstain from them until sunset of the following day and so on. If a fasting person has sexual intercourse with his spouse during a day of fasting, his fast becomes void and he is not considered a fasting person. In such a case, expiation is due and he has to make the fast up for that day as he has violated the sanctity of fasting in the blessed month of Ramadan.

Muslim scholars have agreed that whoever has sexual intercourse with his wife during the day in Ramadan is obliged to make up for that day and expiate his sin. This expiation is done through one of these three alternatives respectively:

- To free a believing slave.

- If unable to find a believing slave, then he should observe fast for two consecutive months.

- If incapable of doing so, he should feed sixty poor people; a Mudd which is a quarter of a Saa' (i.e. ~900 grams) for each one of them. Abu Hurayrah, may Allah be pleased with him, said: "A person came to the Prophet of Allah

and said: 'I am doomed to ruin.' The Prophet

said: 'What is wrong with you?' The man said: 'I had sexual intercourse with my wife while I was fasting [during the day of Ramadan].' Upon this the Messenger of Allah

said: "Can you find a slave to set free? He said: 'No.' The Prophet

said: "Can you observe fast for two consecutive months?" He said: 'No.' The Prophet

said: "Can you provide food for sixty poor people?" He said: 'No.' … to the end of the Hadeeth.

The Hadeeth underlines that having sexual intercourse in the daytime during Ramadan is a grave major sin and an evil act that may incur doom. The Prophet

approved the words of the man: "I am doomed" for if it was not the case, the Prophet

would have comforted him.

3 - The emission of semen in wakefulness:

Which is to force yourself to bring food or drink up from your stomach and out of your mouth. This invalidates fasting and one should make up for that day. The Prophet

said: "Whoever [intentionally] vomits must make up the day."