Renewing Faith through Fear and Hope

Texts from the Quran:

• The hope of the believers which is accompanied with good deeds; Allah The Almighty Says (what means): {Indeed, those who have believed and those who have emigrated and fought in the cause of Allah - those hope (i.e., expect) the mercy of Allah.} [Quran, 2: 218] They believed, gave up their homes, migrated to strange countries, fought for the sake of Allah The Almighty, sacrificed, suffered the perils of war, and put up with the hunger, thirst and exhaustion that accompany Jihad (struggle). Such people can rightly hope for the mercy of Allah The Almighty and for His Paradise.

• Hope for the forgiveness of sins; Allah The Almighty Says (what means): {Say, ‘O My servants who have transgressed against themselves [i.e., by sinning] do not despair of the mercy of Allah. Indeed, Allah forgives all sins [i.e., for those who repent and correct themselves].’} [Quran, 39: 53] Regardless of how many sins one has committed, minor or major, one should never despair of the forgiveness of Allah The Almighty.

• Allah The Almighty Says (what means): {Say, “To whom belongs whatever is in the heavens and earth?” Say, “To Allah.” He has decreed upon Himself mercy. He will surely assemble you for the Day of Resurrection, about which there is no doubt. Those who will lose themselves [that Day] do not believe.} [Quran, 6: 12] Imam ibn Jareer At-Tabari

commented on this verse saying, “Allah has decreed that He will be merciful with His slaves, but how was His mercy expressed? He did not punish them although they deserved it (due to their sins); rather He delayed and accepted their repentance, which made them have hope.”

• Hope even applies to worldly matters, like hoping for wealth, children, a wife, a job, finding what is lost, and so on. Prophet Ya’qoob

Texts from the Sunnah (Prophetic tradition):

reported that the Messenger of Allah, sallAllahu 'alayhi wa sallam, said: “Allah the Exalted has said: `O son of Adam! I forgive you as long as you pray to Me and hope for My forgiveness, regardless of the sins you have committed. O son of Aadam! I do not care if your sins reach the height of the heaven; if you then ask for my forgiveness, I would forgive you. O son of Aadam! if you come to Me with an earth load of sins, but meet Me associating nothing with Me, I would match it with an earth load of forgiveness.'” [At-Tirmithi]

• On the deathbed, people have two different sensations, fear or hope. One must always train himself to have good expectations of his Lord, because Allah The Almighty will treat a person according to his expectations. The Prophet, sallAllahu 'alayhi wa sallam, advised three days before his death: "Let none of you die unless he has good expectations of Allah." [Muslim] Thus, we are encouraged have hope at the time of our deaths. This is why some of our Salaf (righteous predecessors)

would command their children to recite the verses from the Quran that mention the mercy of Allah The Almighty whilst they were on their deathbed, in order to have good expectations of their Lord before dying.

• The Prophet, sallAllahu 'alayhi wa sallam, said: “A believer will be brought close to his Lord on the Day of Resurrection and (He will) envelop him in His Mercy, He will make him confess to his sins saying: `Do you remember (doing) this sin and that sin?' He will reply, ‘My Lord, I remember.’ Then He will say: ‘I covered it up for you in the worldly life, and I forgive you for it today.’ Then the record of his good deeds will be handed to him.” [Al-Bukhari and Muslim]

Thus, one should combine fear of and hope in Allah The Almighty.

The Benefits of Hoping for the Best

The Keys to Goodness 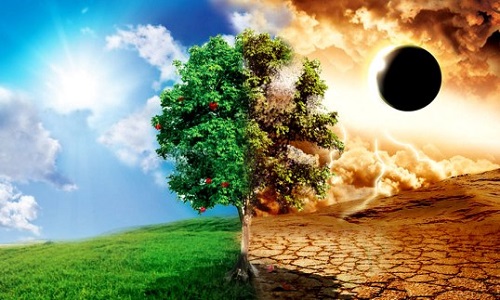 • Author: Shaykh Muhammad Al-Khidhr Husayn, may Allah have mercy upon him Islam was revealed to people so that they would build with it a moral civilization in this worldly life and savor genuine...More