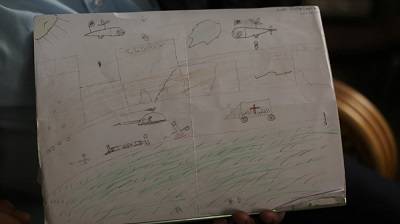 Ismail Abu Shebab, a shy 11-year-old taking a break from school, opened his mouth to speak - but the overhead roar of Israeli warplanes made his words nearly inaudible.

Abu Shebab suffers from post-traumatic stress disorder (PTSD) as a result of Israeli bombing during the 2014 Gaza war.

"We were on the street, and there was an explosion that destroyed a house. I was hurt, and my brother died," Abu Shebab explained. Shortly afterwards, he began to suffer from a nervous tic, panic attacks and bed-wetting.

PTSD is nothing new for the children of Gaza. Anyone born there in or before 2008 has experienced three Israeli wars, and a 2014 study published in the Arab Journal of Psychology found that 92 percent of Gaza Palestinians between the ages of 13 and 18 showed symptoms of the disorder.

For Abu Shebab and others living in the southern area of the Gaza Strip, the bombing did not stop, even after the end of Israel's 2014 assault.

Armed groups in the neighboring Sinai Peninsula launched a new round of fighting in 2011, which intensified after the 2013 military ouster of democratically elected Egyptian President Mohamed Morsi. In response, the Egyptian military under President Abdel Fattah el-Sisi ramped up operations near Rafah, which has included bombings and the flooding of smuggling tunnels.

Like others his age, Abu Shehab likes swimming, and said one of his favorite activities is going to the beach with friends. Abu Shebab showed a picture he drew during a therapy session to deal with his PTSD, a scene of a tranquil home with a toppled Palestinian flag. Suddenly, the thudding sound of Egyptian artillery came from the south.

"The border with Israel is five kilometers away; the Egyptian border is only two kilometers from here," Anwar Abu Shebab, Ismail's father and a Palestinian Authority security officer, told Al Jazeera. "It's very difficult. My son has no rest."

Osama Frima is a clinical psychologist at the Community Mental Health Programme (CMHP) in nearby Khan Younis, where Abu Shebab is being treated. He said there are more than 100 cases of children with PTSD and other mental health issues being treated at his clinic alone.

"The trauma these children have is deep, and it's getting worse," Frima explained. "Hearing the Israeli warplanes and the bombs from Egypt renews the feeling of war."

Treating children with PTSD and other psychological conditions is already difficult, he said, without the complications presented by life in war-torn Gaza.

"It's an experience they don't want, and its effects are more powerful than they are," he told Al Jazeera. "We try to find the good in their lives, to give them the strength to overcome." The CMHP uses a wide variety of techniques to deal with the anxiety disorder, including behavioral therapy, family counselling and the arts.

The trauma these children have is deep, and it's getting worse. Hearing the Israeli warplanes and the bombs from Egypt renews the feeling of war.

In Frima's opinion, creative activities are the best way to deal with the lack of desire to speak, which is common among young people with PTSD. "Drawing is one of the best ways to communicate with a child. It gives them a way to express themselves without fear," he said, noting that drawings are also a way of showing the child's progress with PTSD.

Often, the children first create images depicting death and destruction, but as sessions continue, they morph into tranquil landscapes and familial scenes. However, this does not mean that a peaceful home awaits them, or that their condition has been cured. "They're under ongoing distress. There's pressure from the occupation, siege and widespread poverty," Frima said.

The nearly decade-long Israeli siege has had major consequences for Gaza. Of the 1.8 million people living in Gaza's 360 square kilometers, 43 percent are without work, making Gaza's unemployment rate the highest in the world, according to the World Bank. The United Nations Relief and Works Agency for Palestinian refugees (UNRWA) said the number of people dependent on UNRWA food has skyrocketed from fewer than 80,000 people in 2000 to more than 867,000 today.

"Everyone in Gaza must struggle to find money, to find food," said Frima. "There's pressure from the parents; they lack hope. It's hard to grow up in a home without hope."

Traumatic experiences are not limited to Palestinians living in Gaza. Children in the occupied West Bank - which has been gripped in recent weeks by a wave of violence - undergo serious, prolonged trauma, in numbers that are "too big to determine", said Fathy Flefel, a psychotherapist and director of the social department for the Palestinian Red Crescent Society (PRCS), a national organization that provides humanitarian and social services to Palestinians.

"If we want to study Palestinian children's issues, we have to look at it from a different point of view," Flefel told Al Jazeera. "Professionally, when we talk about PTSD, it's something that begins and ends. Palestinian children live in trauma without end. It's never calm here, but the last two years have been especially bad."

Widespread trauma among Palestinian children will have serious effects on Palestinian society as these children come of age, Flefel added. "They aren't able to communicate in a positive way, to play in a normal way as a child. This has a huge effect, and [will inhibit] their ability to contribute in the future."