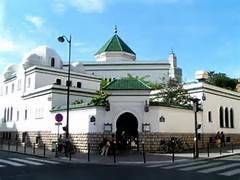 The Organization "Racism Islamofobia Watch" has released its annual report on Islamophobia in Europe for 2015.

According to the report, the year 2015 has been characterized by an uncontrolled explosion of violence against French Muslims from the aftermath of January attacks in the premises of Charlie Hebdo and in the Hyper Cacher of Porte de Vincennes in Paris.

ORIW have witnessed of a consequent increase of racist and anti-Muslim acts and of Islamophobic remarks, not only in France, but also in Belgium, where the behavior of the government often follows French government.

Just a few data: in the wake of the attacks to Charlie Hebdo, 54 Islamophobic actions have been denounced till 12 January, on 19 January anti-Islamic actions had already risen to 116. The targets of these actions are people but also a great number of places of worship.