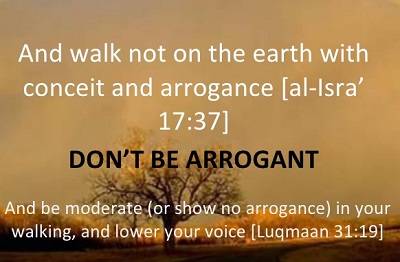 Difference between confidence in Allah The Almighty and conceit

says, "He who has confidence in Allah The Almighty does what He has commanded him to and is certain that He will make him taste the fruit of his deeds. He is like one who plants a tree and seeds the land [awaiting the inevitable harvest]. On the other hand, the arrogant person is one who neglects the directives of Allah The Almighty but claims to possess faith in Him, when, in fact, [such] certainty is acceptable only after exerting sufficient effort."

added, “Confidence is a feeling of tranquility that is based on signs and indications with which the heart feels at peace. The stronger these signs are, the firmer one’s faith is in Allah The Almighty, particularly when there is prior experience in this respect and truthful insight.”

Conceitedness, on the other hand, is the sum of the status of a man who is deceived by himself, the devil that accompanies him, his fancies and false hope in the Forgiveness of his Lord. This leads him to pursue his desires and indulge in wishful thinking.

Moreover, arrogance is to put one’s faith in those who are [known to be] untrustworthy, to feel comfortable with those who are not reassuring and to expect good from those who do not bring benefit, thereby mirroring the situation of a person who is deceived by a mirage. Its most serious manifestation is when one insists on doing what Allah The Almighty hates, despite His consecutive blessings on him or her.

Deception is the trade of the devil and conceit is the mannerism of the soul that has an inherence to persistently enjoin evil. Therefore, when wishful thinking, transgression, the misleading devil and the conceited soul are fused together, there is a consensus that the servant, too, becomes arrogant and misled. Indeed, the devils deceive those who are deluded about Allah The Almighty and make them hope in His Forgiveness and Clemency, despite their insistence on doing what He dislikes.

To sedate the hearts of the disobedient, the devils introduce a tinge of repentance in their hearts, but prevent them from truly repenting by continually urging them to procrastinate, until they are finally overtaken by death in the worst state. Allah The Almighty Says (what means): {And wishful thinking deluded you until there came the Command of Allah. And the deceiver deceived you concerning Allah.} [Quran 57:14]

As for the most conceited person and the one who is most mistaken about his Lord, that is whoever, when Allah The Almighty is Merciful to him or her, or confers a blessing on him or her, says, as is mentioned in the verse (what means): {"This is [due] to me."} That is to say, this individual believes that he or she is entitled to the Compassion and Favor of Allah The Almighty. He or she may further declare, as the verse continues, saying (what means): {"I do not think the Hour will occur"}, thus deeming him/herself worthy of the bounties of Allah The Almighty, despite his or her disbelief in Him. He or she then continues in his or her self-deception and says, as the verse mentions (what means): {"If I should be returned to my Lord, indeed, for me there will be with Him the best"}, i.e., Paradise and honor. This is the extent to which one can be deceived about Allah The Almighty.

Such a person who is deluded by Satan is actually fooled by his promises and wishes, which is then supported by him or her being deceived by the pleasures of this life and his or her own whims. He or she then remains like this till his or her utter destruction.

O weak slave! Allah The Almighty has warned us against regressing to such a state and informed us that we will soon stand before Him for reckoning and compensation on a Day that will advance even a newborn in years and turn its hair white. He Says (what means): {O mankind, fear your Lord and fear a Day when no father will avail his son, nor will a son avail his father at all. Indeed, the promise of Allah is truth, so let not the worldly life delude you and be not deceived about Allah by the deceiver.} [Quran 31:33] Therefore, beware of being deluded about your Lord and recall the words of ‘Abdullah ibn Mas‘ud

We ask Allah The Almighty to grant us discernment, reform us from inside and out, and protect us from the evil of conceit. 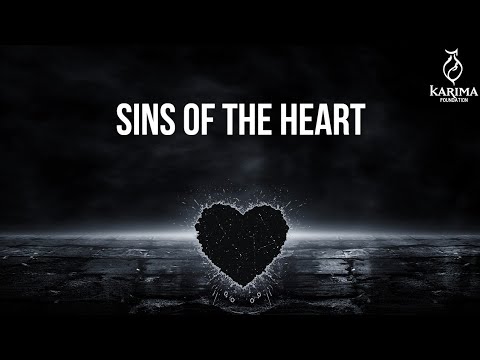