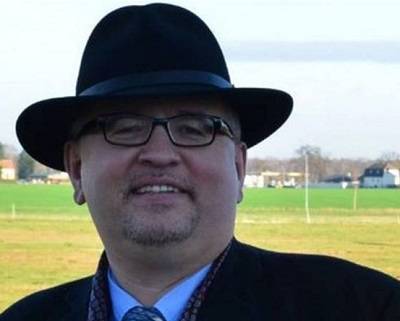 A leading politician from the Alternative for Germany (AfD) has converted to Islam and resigned from his position with the anti-Muslim party, the party has confirmed.

Arthur Wagner, a leading member of the far-right party in Germany's eastern German state of Brandenburg, stepped down for "personal reasons", a party spokesperson confirmed, according to state broadcaster Deutsche Welle.

Wagner, who has been a member of the party since 2015, refused to comment to Tagesspiegel, the daily newspaper that first broke the news of his conversion.

"That's my private business," he told the daily.

On the party's Brandenburg state committee, Wagner's work focused on churches and faith communities, according to Deutsche Welle.

The AfD has campaigned against refugees and migrants and made history when it won 12.6 percent of the vote in federal elections in September 2017, entering the Bundestag for the first time.

The party became the third largest party in the Bundestag.

The news sparked derision on social media, with many Twitter users pointing to the irony of Wagner converting to Islam after being a high-ranking member of a party that has railed against the presence of Muslims in Germany.