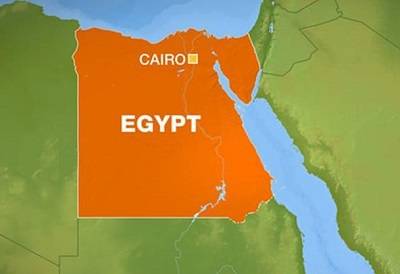 Relatives of as many as 18 Russian citizens, including eight children, have expressed concern about the wellbeing of their Egypt-based family members, saying they are unable to establish their whereabouts after they were taken away by suspected secret police officers.

According to the relatives, Sakinat Baisultanova - a 31-year-old divorced mother of six children aged three to 10 - disappeared in Cairo on March 12. Family members said they lost her trace since then and they believed she is being detained by the secret police.

Later in March, Baisultanova's former in-laws, Mohamed Aligadjiev and Suad Khapizova, flew from Russia to the Egyptian capital to search for her and to care for her young children.

However, on April 24, armed Egyptian secret police stormed the homes of several Russian community members and arrested Baisultanova's former in-laws; her six children; her sister, Mesedo; two other children and a number of other Russians, according to relatives.

Several family members of the disappeared individuals told Al Jazeera on Tuesday that they were still unable to establish the whereabouts of their loved ones.

Huseyn Baisultanov, a cousin of Baisultanova, told Al Jazeera over the phone from Turkey that he travelled to Cairo in April to search for her and inquire with the Egyptian authorities about her - but to no avail.

He said he checked with police but was not provided with any information.

Al Jazeera was unable to reach the Egyptian authorities for comment on this report.

Sources familiar with this case told Al Jazeera that they suspect Baisultanova might have been targeted because of her ex-husband Ahmed Aligadjiev's alleged ties to armed groups in Russia.

The sources said Aligadjiev was not on the run from anyone and lived a normal life as a refugee in Turkey.

According to the BBC Russian service, Baisultanova moved to Egypt last year with her children but overstayed her visa.

Baisultanova had lived in Turkey's largest city, Istanbul, for several years with her husband before she divorced him three years ago.

Since the dissolution of the former Soviet Union, thousands of Russian citizens moved to live in Egypt and other countries in the region.

There is an estimated 5,000 Russian citizens living in Egypt today, including many students and small business owners.

A phone call to the Russian embassy in Cairo for comment on this report went unanswered.