How Excellent Lawful Wealth Is in the Hands of a Righteous Person! 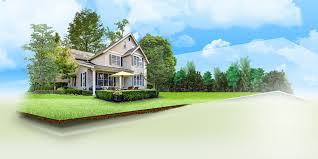 Some of the Ahaadeeth of the Prophet

are quite terse yet convey a multitude of meanings, and this is no surprise since they were produced by the one who was given the keys of eloquent speech and wise sayings. Some of his statements serve as fundamental principles, general rules, and just standards. On every given topic, there are Ahaadeeth that are considered all-inclusive fundamental principles under the heading of which all the respective subtopics fall. Some of these terse Ahaadeeth address the topic of wealth, establishing the correct Islamic viewpoint on wealth and setting fixed criteria for dealing with it and ways of disposing of it.

One of these is the following Hadeeth, which was narrated on the authority of ‘Amr ibn Al-‘Aas, may Allah be pleased with him: “The Prophet

sent for me, commanding me to pack my clothes and arms and go to him. I did what he asked and came to him while he was performing ablution. He looked at me from head to toe then said: ‘O ‘Amr, I want to send you in charge of an army so that Allah will bless you with spoils, and I will give you your lawful share of the spoils.’ I said: ‘I did not become Muslim in pursuit of wealth; I became Muslim out of the desire for embracing Islam so that I would be with the Messenger of Allah

!’ He said: ‘O ‘Amr! How excellent lawful wealth is in the hands of a righteous person!’” [Ahmad and Al-Bukhari. Abu ‘Awaanah, Ibn Hibbaan, Al-Haakim, Al-Albaani: authentic]

According to its very wording, the Hadeeth clearly states that wealth is praiseworthy if it is lawfully gained and in the hands of a righteous person. The lawfulness of wealth means that it is pure and earned through lawful means, and the righteousness of the owner means that he uses his lawful wealth in what benefits him and his community. He fulfils the Rights of Allah with regard to his wealth by paying the obligatory Zakaah on it and may spend it in  charity voluntarily. This is a praiseworthy attitude towards wealth, as evidenced by his saying “How excellent lawful wealth is…” In the same vein, another Hadeeth lauded wealth when it is lawfully earned and rightfully spent. It was narrated on the authority of Abu Sa‘eed, may Allah be pleased with him, that the Prophet

said: “This wealth is sweet (alluring); whoever earns it lawfully and spends it rightfully, then what excellent help it is!” [Al-Bukhari] In this case, wealth is an excellent means for a Muslim to fulfil the due rights over him, uphold the ties of kinship, relieve the distressed, , and spares himself from the humiliation of begging for money, as well as all the other benefits of wealth. The Sharee‘ah texts that laud wealth and commend richness should be interpreted in this light.

By the same token, the Hadeeth indicates the gravity of the affliction when wealth is in the hands of a wicked, corrupt person; he withholds the Rights of Allah with regard to his wealth, and therefore, it becomes a destructive tool incurring his own destruction and a means of causing mischief on earth. Such a person may also combine the sin of acquiring wealth unlawfully with that of wastefulness. This meaning was stated by the Prophet

in the second part of the previously-cited Hadeeth narrated on the authority of Abu Sa‘eed, may Allah be pleased with him: “...and he who obtains it wrongfully is like one who eats but is never satisfied.” [Al-Bukhari] This is in addition to having a gluttonous soul and a heart overcome by the Fitnah (temptation) of wealth. The Sharee‘ah texts that dispraise wealth, warn against extravagance, and encourage asceticism and renouncing greediness for the worldly pleasures should be interpreted in this light.

This Hadeeth and the other supporting ones about the enjoined attitude towards wealth – like the one narrated by Abu Sa‘eed, may Allah be pleased with him, in its two parts: “This wealth is sweet (alluring); whoever earns it lawfully and spends it rightfully, then what excellent help it is! He who obtains it wrongfully is like one who eats but is never satisfied,” – they are considered a Prophetic standard and an Islamic methodology of moderation in pursuing wealth, with neither excessive asceticism nor the dispraised accumulation of wealth and exceeding the proper limits in its acquisition and spending. These Ahaadeeth, therefore, direct the Muslims towards the correct viewpoint on the true nature of wealth and underline that Islam does not dispraise wealth in an absolute sense, as some Sufis claim, nor does it praise it in an absolute sense. The subject matter of the praise and dispraise here is not the wealth itself but rather the states of people in acquiring, spending, or disposing of it. Whoever seeks (lawful) wealth with the intention of providing for himself and his dependants and reforming the universe with such wealth by investing and spending it on what is good and beneficial to the individual and community, then how excellent such wealth is! Some of the Companions were wealthy and successful traders. Abu Bakr, may Allah be pleased with him, was a trader, and his wealth was well spent in support of Islam and the Muslims. It was narrated on the authority of Abu Hurayrah, may Allah be pleased with him, that the Prophet

said: “No wealth has benefited me as much as the wealth of Abu Bakr.” Thereupon, Abu Bakr, may Allah be pleased with him, wept and said: “O Messenger of Allah! I and my wealth are only for you, O Messenger of Allah!” [Ibn Maajah, Al-Albaani: authentic] There were many other rich Companions whose wealth was a source of mercy and help for people and which was spent in support of the Islamic causes, like that of the third caliph, ‘Uthmaan, may Allah be pleased with him, who equipped the Muslim army for the Battle of Tabook with nine hundred and fifty camels and rounded them up to one thousand with fifty horses.

As for those who seek after wealth to accumulate it and boast about it, turning it into a means to cause mischief on earth and corrupt the economy through engaging in forbidden transactions such as Riba and gambling, they contribute to the poverty and unemployment in their societies by concentrating wealth in the hands of one social class. Accordingly, wealth, in their hands, becomes a means of destruction and evil, just like Qaaroon, whose story was related in the Quran. He wronged his people by dealing with Riba with their wealth and claiming that he had earned and obtained such wealth exclusively by means of his knowledge and efforts! This corrupt viewpoint on wealth and the economic injustice were enough sin for him to deserve the immediate destruction that befell him. Contrary to his aspirations to dominate the earth, Allah, The Exalted, destroyed him by causing the earth to swallow him, and he will continue to sink until the Day of Resurrection. Allah, The Exalted, Says (what means): {And We caused the earth to swallow him and his home. And there was for him no company to aid him other than Allah, nor was he of those who [could] defend themselves.} [Quran 28:81]

'You Have Better Knowledge of Your Worldly Affairs'

Hadeeth: “Whoever Relieves a Believer of some Worldly Distress…” 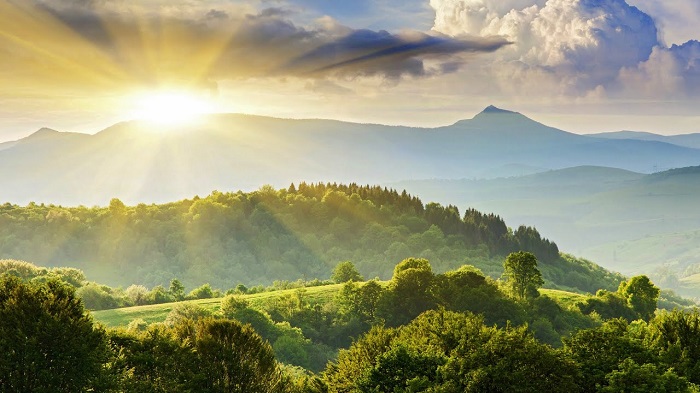 It was narrated on the authority of Abu Hurayrah, may Allah be pleased with him, that the Prophet, sallallaahu ‘alayhi wa sallam, said: “Allah, The Exalted, Says, ‘I am as My slave expects...More