At-Tawakkul: Reliance on Allah – I 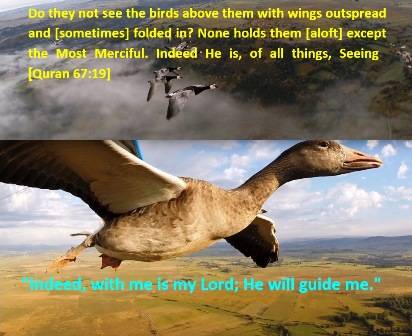 Allah the Most High has created us of the best stature and granted us many abilities so that we may look after our needs and those of our relatives and fellow Muslims. He Almighty has invited us to explore the earth and use it for our subsistence. Allah Sayas what means: "It is He who made the earth tame for you – so walk among its slopes and eat of His provision – and to Him is the resurrection." [Quran 67:15]

Yet Allah Almighty has made it clear in this very verse, as well as in other verses, that had He not made this earth manageable to us, we would not be able to explore it nor benefit from it.

The Chapter Al-Mulk is actually a yardstick for understanding Tawakkul. It starts and finishes with the same message: To Allah belong all that is in the universe and nothing would happen without His Mercy and His constant watchful care. He Almighty Says in the first verse what meand: "Blessed is He in whose hand is dominion, and He is over all things competent." He Almighty then Says in the last verse what means: "Say, "Have you considered: if your water was to become sunken [into the earth], then who could bring you flowing water?" [Quran 67 :30]

Yes, we can surely explore the earth, look for regions holding water and successfully discover fountain sources and streams. But without Allah's permission and facilitation, we will not be able to reach this water. Furthermore, what would happen if - all of a sudden - Allah made the sources and springs of our water supply to disappear in the deep undergrounds of the earth. Blessed and Glorified is He! No one will bring it back but He.

There is a meaningful touch in the verse mentioned earlier. Allah Says what means: "…so walk among its slopes…" Then He said "...and eat of His provision." So Allah is telling us that though you are encouraged to strive and work hard, what you produce is not yours; what you earn is not yours. Rather, your production, your earnings and all your subsistence comes from Allah. He made it available to you out of His Mercy and care for you. Hence, if Allah wills, your work and efforts will be fruitless.

Similar verses where Allah ascribes subsistence solely to Him are found in many places in the Quran. Allah Says what means: "... So seek from Allah provision and worship Him and be grateful to Him. To Him you will be returned." [Quran 29:17]

Those who misunderstood the Plan of Allah and His Wisdom have felt confused by this double command of Allah - to strive and work on the one hand, and rely on Allah to make the actions possible and goals attainable, on the other. Initially, this question was presented before the Prophet

. The companions asked: Should we quit working and rely on Al-Qadar (Allah's predetermined decree)? The Prophet

answered: "You should initiate and do things. Everyone shall be facilitated towards that for which he was created." [Al-Bukhari and Muslim] Consequently, the Companions of the Prophet

moved on and initiated righteous deeds while putting their trust in Allah.

The work that we are referring to is not that of the acts of worship (Prayer, Zakah, Fasting, Hajj, etc). Rather, it is the work pertaining to our subsistence. Furthermore, we do not refer to Haram (forbidden) work and Haram subsistence. It is the Halal (permissible) work and the Halal livelihood that we are concerned about, for it is more tempting to the believer. What are the guidelines and limits of the Halal work? How much dedication do we give it? Do we attribute the source of subsistence to our work or to Allah's bounties? And do we associate the loss and deprivation of wealth, health and success with our loss of job, or with Allah's universal plan?

Islam is a dynamic religion. Not only does it not condone passiveness, but also, it strongly rejects laziness and dependency on others. The Prophet

said: "Begging is forbidden except when there is great debt, suffering, injury, or abasing poverty." [Abu Dawood and Al-Bayhaqi] He

also said: "It is much better for one of you to take his rope and go to chop some wood (for his livelihood) than to beg from people, whether they give him anything or deny him." [Al-Bukhari]

The Prophet himself sallallaahu alaihi wa sallam worked hard for his living. He spent his boyhood as a shepherd and took to trade in manhood. He

carried people's goods to Syria and other places and shared the profits with them. He

However though we might strive hard to secure our livelihood, we should not attribute our achievements solely in the work we do, but to Allah. We should not put our reliance on our work, our possessions, our wealth, our position, etc. Neither should we rely on our manager, our employer, our friends, or our families. The only one on Whom we should rely is Allah. He Almighty Says what means: "...And rely upon the Ever-Living who does not die, and exalt [Allah] with His praise. And sufficient is He to be, with the sins of His servants, Acquainted." [Quran 25:58]

Whoever attaches his/her heart to his job, or to his/her employer or to any created beings in order for them to provide him/her with sustenance or to make him/her prosperous and successful, and so on, he/she has submitted to them. And the more one relies on the created beings, the weaker becomes one's submission to Allah.

Hence as much as Allah wants from us to initiate actions and seek and use all permissible means to secure our needs and those of our families, He also wants us not to depend on these means as the source of our sustenance. This is the genuine understanding of Tawakkul.

Those who deviated from the right concept of Tawakkul have fallen into two extremes. The first group of people are those, attracted by the temptations of this world, and have gone so far as to forget their relationship with Allah. Their heart has become so attracted to these temptations that they became subservient to their desires. Such people have become - knowingly or unknowingly - slaves of their own desires. They will ultimately claim that all their achievements are but the result of their own work and that Allah had no involvement whatsoever. They do not rely on Allah. Allah Says what means: "Then, have you seen he who disbelieved in Our verses and said, 'I will surely be given wealth and children [in the next life]?' Has he looked into the unseen, or has he taken from the Most Merciful a promise?" [Quran 19:77-78] This type of man who rejects Allah and denies His bounties regards himself as "self-sufficient" and thus, cannot be expected to rely on Allah.

The second group of people are those who understood the reliance on Allah as meaning to completely break away from all mundane affairs. They regarded piety and the pursuit of any material interests as contradictory. For them, reliance on Allah would mean not to take any initiatives for securing one's subsistence. Consequently, they renounce the world and retire themselves to remote areas or secluded spots and cut themselves from daily life!

. Had they attempted to understand the Book of Allah, according to the understanding and implementation of the Prophet

and his honorable companions, they would have found that Tawakkul is far removed from how they conceived it. Through the instinctive behavior of some of His creatures and the sublime conduct of His Prophets, may Allah exalt their mention, and righteous slaves, Allah has set out in His Book the genuine Tawakkul. 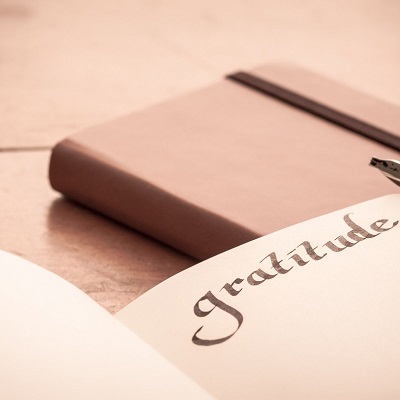