Breaching covenants – a trait of the immoral 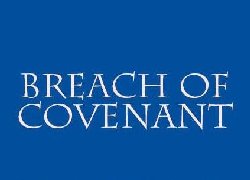 Whenever a person makes a promise, he or she must fulfill it; if he or she commits him/herself to something, whether it concerns other people or Allah The Almighty, and then falls short of delivering on it, that is considered a breach of the pledge. The righteous believers never break their covenants, which is rather typical of immoral people and hypocrites. Allah The Almighty Says (what means): {And We did not find for most of them any covenant; but indeed, We found most of them defiantly disobedient.} [Quran 7:102]

, also warned us: "A person who has the following four [characteristics] is a pure hypocrite and he who possesses one of them has a trait of hypocrisy until he abandons it: when he talks, he lies; when he is party to a covenant, he proves to be treacherous; when he makes a promise, he breaks it; and when he disagrees with others, he disputes violently." [Al-Bukhari and Muslim] In fact, he,

, depicted a person who has this dispraised trait as one who has lost his or her nobility and religion, when he said: "A person who is not trustworthy has no faith and whoever breaches his pledge has no religion." [Ahmad]
That is why Ibn Al-Jawzi

said, "Violating an agreement is characteristic of the depraved and those who [do that] will receive their punishment some day." Also, Muhammad ibn Ka‘b Al-Qurathi

said, "Three traits afflict the one who has them: scheming, being unjust and breaching a covenant”; he then recited the verses where Allah The Almighty Says (what means):
Commenting on the third verse, Ibn ‘Atiyyah

said, "Breaking one's word means contravening a pledge; thus, [a man who does so] harms his soul and his breaching of the covenant is only to his own detriment."
The prohibition of this major sin
Allah The Almighty forbade the believers from breaking their pledges and rendered it compulsory for them to fulfill them, as He Says (what means):
There is abundant proof indicating the obligation of fulfilling covenants and the prohibition of breaching it. Consequently, some scholars considered violating an agreement as one of the gravest errors. Among them are:
- Imaam Ath-Thahabi

who said, "The forty-fifth major sin is treachery and breaching a covenant."
- Imaam Ibn Hajar

who stated, "Considering infringement of an agreement as one of the major sins is the view of many scholars."
- Imaam Ibn ‘Atiyyah

who declared, "It is prohibited to violate any permissible pact between Muslims."
Consequences of breaching a covenant
This act has many evil consequences that affect both individuals and communities. It leads to dispute and dissension, hostility and hatred; it removes confidence from within the society and causes others to lose faith in the Muslim community. In addition to this, Allah The Almighty threatened those who go against their word, with various punishments, some of which are:
1-  1. A curse on, and hardness of, the heart
In the following Quranic verse, Allah The Almighty relates about a group of the Children of Israel, when He Says (what means): {So for their breaching of the covenant We cursed them and made their hearts hard. They distort words from their [proper] usages and have forgotten a portion of that of which they were reminded. And you will still observe deceit among them, except a few of them.} [Quran 5:13] Shaykh Ash-Shinqeeti

said, "He who violates a pact that he was a party to, harms no one but himself and subjects himself to the Curse of Allah."
2-  2. Great loss in this life and the Hereafter
Allah The Almighty Says (what means): {Who break the covenant of Allah after contracting it and sever that which Allah has ordered to be joined and cause corruption on earth. It is those who are the losers} [Quran 2:27], both in this life and in the Hereafter. Al-Haafith Ibn Hajar

drew attention to this when he said, "When the Quraysh infringed their treaty with the tribe of Khuzaa‘ah, who were allies of the Prophet

the repercussions were that the Muslims invaded them and conquered Makkah. Those people then sought security and instantly became humiliated following their previous state of pride and power; and they remained this way until they reverted to Islam.”
3-  3. Prevalence of murder and being overcome by enemies
This is one of the immediate retributions that afflict communities when they allow the habit of breaking pledges to permeate them. This is indicated by the Hadeeth where the Prophet,

, said: "Whenever people [begin to] breach the covenant, killing spreads among them." [Ibn Maajah, Saheeh - Albaani] Talking about some punishments that afflict the Ummah when certain acts of disobedience become rampant among Muslims, the Prophet,

, said: "When they breach the Covenant of Allah and that of His Messenger

Allah would give a foreign enemy power over them, who would seize some of what they have." [Ibn Maajah and others]
4-  4. Disgrace and painful punishment on the Day of Resurrection
On the Day of Judgment, when Allah The Almighty gathers all of mankind, every treacherous person will be branded by a sign; and it will be announced, "This is the treachery of so-and-so, the son of so-and-so." That is the disgrace, followed by a painful punishment, as Allah The Almighty Says (what means): {But those who break the Covenant of Allah after contracting it and sever that which Allah Has Ordered to be joined and spread corruption on earth - for them is the curse, and they will have the worst home.} [Quran 13:25]
5-  5. The ignominy of being the worst people in the Sight of Allah The Almighty
Allah The Almighty Says (what means): {Indeed, the worst of living creatures in the Sight of Allah are those who have disbelieved, and they will not [ever] believe - the ones with whom you made a covenant but then they break their covenant every time, and they do not fear Allah.} [Quran 8:55-56] Commenting on these verses, Imaam Ibn Katheer

said, "Allah The Almighty states here that the most debased living things on earth are the disbelievers who do not have faith in Him and who break their covenants whenever they commit to them and even when they vow to honor them. They are not mindful of Allah The Almighty in any of the sins they do."
Islam warns against breaching covenants, even with enemies. Our righteous predecessors have set wonderful examples in this respect. ‘Amr ibn ‘Abasah, may Allah be pleased with him, relates: "There was a [provisional] covenant between Mu‘aawiyah, may Allah be pleased with him, and the Romans. Before the end of the period, he moved towards their land in order to invade them after the treaty would expire. Upon seeing this, an old man remarked, ‘Allah is The Greatest, Allah is The Greatest! Fulfill the covenant and do not breach it. The Messenger of Allah

said,‘Whoever enters into an agreement with some people is not permitted to make a single move [in breach of it] until the term expires or he renounces [it] with them on equal terms.’’” Hence, as soon as Mu‘aawiyah, may Allah be pleased with him, heard that, he withdrew.
We will conclude with the remarks of Al-Haafith Ibn Hajar

regarding this topic: "Treachery is a grave major sin, particularly when it comes from a person who is in a position of authority. That is because his infringement harms many people and he is not forced to do that because fulfilling it instead is within his capacity." 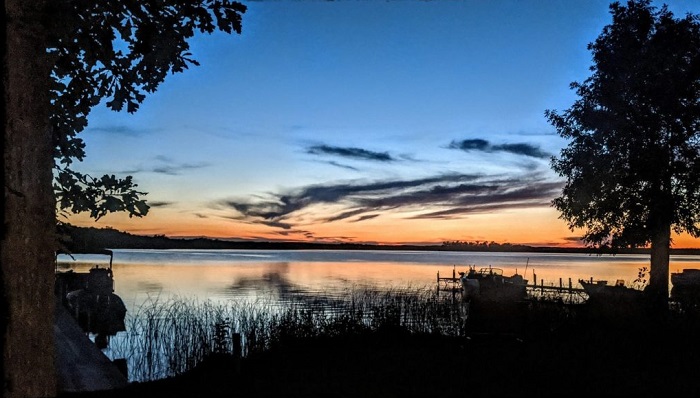