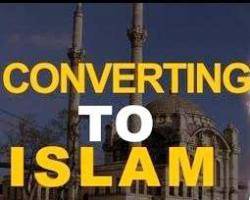 I saw her radiant face in a mosque that is located on a hill in a small American state, reciting a translation of the Noble Quran. I greeted her and she returned the greeting warmly and cheerfully; we got talking and became good friends in no time. One night, we were on the shore of a beautiful lake, where she related to me the story of her conversion to Islam. I want to share her experience with you, dear readers, so we can deduce some wisdom from it.