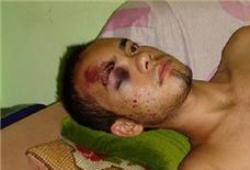 As Afghanistan's army was beginning to assume a more active combat role in 2007 - and as suicide bombings and opium production hit record highs - Omar thought a move to Europe would make his life safer.

Instead, as with the 300 Afghans who marched in Stockholm that year to demand their rights to asylum, the 19-year-old would realize the journey to seek asylum in Europe was rife with its own difficulties.

As one of thousands of young people trying to escape worsening insecurity, a lack of socio-economic opportunities and increased anxiety over Afghanistan's future, Omar left his home and embarked on a three-year journey to France.
In each of the nine Eurasian countries he entered along the way, Omar thought he was finally safe - but, instead, each presented its own hostilities and threats of abuse.

Now 23, Omar told Al Jazeera that the struggles he faced led to an unexpected conclusion: "The difficulties in Afghanistan were better than the difficulties we face today in Europe."

But that realization has not kept thousands of other Afghans from the journey. At 30,000 official applications, 2011 saw the highest rate of Afghans seeking asylum in the decade since the war began.

For Omar, and others like him, that 25 per cent increase in asylum seekers above the previous year does not exist in isolation from another fact: with 3,021 killings ascribed to the war, 2011 was the deadliest year for Afghan civilians.

Death at every turn

Describing his three-year trek, Omar says he - and friends he made and lost along the way - "came and went like thieves".
Omar's first steps towards Europe, along one of the world's oldest borders, between Iran and Turkey, were chased by a specter of death. Guided by Iranian qachaqbarha ["smugglers"], Omar says he was constantly aware that "Turkish soldiers could shoot us at any minute".

But the most frightening part of Omar's journey was crossing the Aegean Sea, on an inflatable boat with six others.
After clinging for his life to a vessel ill-equipped to transport so many, Omar says: "All I could think was that we could drown in the sea at any turn." This is the fate which befell 17 Afghan and Iranian asylum seekers in November, when a wooden boat capsized en route to Australia.

Despite such fears, for asylum seekers trying to enter Europe, making it out of Turkey is imperative.

Bill Frelick, refugee program director at Human Rights Watch says that Turkey does not recognize non-Europeans as refugees, and since "there is nothing that compels any state to re-settle refugees", Turkey simply does not.

At this intersect of Europe and Asia, one fact becomes increasingly clear to asylum seekers and activists.

"Neither the European nations nor Afghanistan are dealing with issues of safety or legal obligations towards these migrants," says Heather Barr, Afghanistan researcher at Human Rights Watch.

For asylum seekers such as Omar and 27-year-old Bilal, who "always faced fighting between ethnicities" in the eastern province of Ghazni, safety and legality come to a head in the form of a set of fingerprints.

In accordance with the 2003 Dublin II Regulation, an asylum case must be tried in the first European Union member state through which an unauthorized entrant entered.

More often than not, that state - from which they entered the continent - is Greece.

"All you have to do is look at a map to see why migrants go there," says Barr.

Like Afghanistan, Barr says, "geography has placed a heavy burden on Greece".

Greece has responded to this burden, say the asylum seekers, with an unwelcoming and hostile atmosphere.

The country has become a focal point of the discussion around asylum. A September 2011 Human Rights Watch report said migrants and asylum seekers detained along Greece's Evros River near the Turkish border were subject to "inhuman and degrading" treatment.

Basir Ahang is an independent Afghan journalist specializing in asylum and refugee issues. He says that, for the 30,000 Afghans who went through Greece in 2009 and 2010, the abuse was not confined to detention centers.

"The behavior you see in Greece, the human rights abuses, would make you forget you were in Europe," Ahang, himself a one-time asylum seeker, told Al Jazeera.

Ahang describes Victoria Park in downtown Athens as a "war camp", where Afghan asylum seekers convene.
He says he saw malnourished children there, with skin burnt from exposure to the sun; a young man being refused police help - while his head was bleeding from an attack by a racist group, and men with their lips sewn shut on their way to protest outside parliament.

With record low temperatures throughout Europe this winter, Ahang says parks leave asylum seekers susceptible to the dual dangers of physical harassment and the often brutal weather that has already led to the deaths of more than 400 people, many of them homeless, something Ahang describes as a "humanitarian crisis in the waiting".

There have been killings at the hands of racist gangs reported, as well as suicides and deaths on the street from the cold; bodies discovered, frozen and lifeless, the morning after a winter's night.

These attacks, along with rights groups' calls for reforms to Greece's treatment of migrants, serve as reasons why asylum seekers go to great lengths to avoid being fingerprinted in Greece.

When caught by authorities, Frelick says migrants are fingerprinted and handed a piece of paper - in Greek - saying they have 30 days to leave. Illiterate in Greek and without options for shelter, asylum seekers are often thrown into detention centers, labeled by rights groups as "inhuman".

Once released from detention, asylum seekers are usually left to wander the streets, as Greek officials are reluctant to deport Afghans back to Afghanistan, says Bilal.

This leaves asylum seekers "subject to arrest and detention over and over again", says HRW's Frelick, a process he describes as "a revolving door".

Belgian officials said they had halted the practice in October.

In response to the difficulties Afghans face in Greece, the Afghan government has announced the opening of an embassy in Athens by late March.

But the abuse is not confined to Greece.

Describing a process of indefinite detention in Turkey, Frelick says authorities will hold migrants until their families can afford to pay for airfare back to Afghanistan.

"This is just government justification to say they are not using their own funds to deport them," says Frelick.

For younger migrants, dealing with the psychological tolls of these experiences can prove difficult. "Very often you find young Afghans who display the scars of what they endured. Many under 18 develop self-harming [tendencies]," says Maria Assunta Nicolini, a PhD candidate at City University in London studying Afghan migration.

The truly desperate however, Nicolini says, use self-harming as a last resort. "Visible horrible scars on their bodies sometimes 'touch the heart' of immigration lawyers."

But Nicanor Madueño Haon, of Groupe d'information et de soutien des immigres ["Information and immigrant support group", known by its French acronym GISTI], who works with organizations to aid asylum seekers in France, says the migrants are not alone.

Groups such as GISTI, founded in 1972 by social workers and community activists aiming to address the legal and practical challenges facing migrants in France, have made some progress.

Recently, the organization won a case where eight migrants were given five to six thousand Euros each for being deprived of housing since June.

Considering that in a two- to three-year procedure for asylum cases, there is only a 50 per cent rate of success; Haon sees that housing case as a formidable gain.

But that victory also came with some regrets.

"Imagine how much those who were in France for years without housing or income could have been given," had they not been intimidated to flee, says Haon.

For asylum seekers, Australia's November decision to deport 27-year-old Ismail Mirza Jan, whose case for asylum was rejected - despite arguments that, as an ethnic Hazara, Jan faces persecution and even death in Afghanistan - is a frightening sign of things to come.

The controversial decision is a result of a Memorandum of Understanding (MoU), signed by Afghan and Australian governments, allowing Australia to deport rejected Afghan asylum seekers.

There has also been talk about the UK opening a center in Kabul for deported minors.

Nicolini says the proposed four million pound reception center is "very likely to be ineffective", leaving open the question of what happens once deportees reach the Afghan capital.

"Airplanes bring people back, but then they scatter," says Barr.

The aim of such centers is, in part, to reconnect families.

But Barr says, given the tight-knit structures in Afghan culture, she would be "very surprised if they face any difficulty in finding their families".

"There are parts of the country that are under constant attack," Barr added. The violence in the country poses a credible threat to the lives of deportees, by the sheer fact of them being there, she said.

Nicolini says several of the Afghan migrants she has interviewed "are ready to leave again as soon as they arrive in Afghanistan".

Even Omar, who would not recommend his path to other Afghans, sees security as the only legitimate reason for facing difficulties he describes as "worse than what we faced in Afghanistan".

"I do not recommend anyone gamble with their lives and ruin themselves" in such a journey, says Omar, who is currently in the process of enrolling in a French university.

Still, despite the dangers, Barr, who has been in Afghanistan since 2007, says young people are constantly in pursuit of a way out of the embattled country.

According to Bilal, the development and rebuilding seen during the past decade has reached only a select few. "It would cost too much to study in Kabul without a job," he said. With unemployment at 35 per cent, and his family in Pakistan, Bilal felt little hope of ever being able to afford the high cost of living in the capital.

Though both Bilal and Omar have made it to Sweden and France respectively, where, after years of journeying, they are slowly settling into life as Afghans in Europe, each continues to warn eager young compatriots who ask for advice on leaving their country.

"We continue to face many difficulties in our time outside of Afghanistan, and each continues to cause us pain," says Bilal. He tells other young Afghans of a road that does not end at any border "or with a piece of paper".

Barr says that without substantial improvements in security, migration "is only going to be a growing problem".

For the second time in 30 years, Afghanistan could be facing another massive brain drain as the nation's young, motivated population seeks opportunities elsewhere.

"You can't force people to stay just because it's for the good of the country", says Barr.