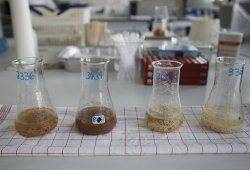 An escalating scandal in the United Kingdom about horsemeat illicitly included in processed foods has shed light on the complex cross-border nature of food industry supply chains and sparked concern about the European Union's food safety system.

British ministers have hinted that they would ban some EU imports if health is at risk, after the Tesco supermarket chain became the latest to withdraw a product from the shelves after it was found to contain 60 percent horsemeat.

The country's environment secretary Owen Paterson has blamed an international "criminal" conspiracy for the scandal and braced consumers for "more bad news" when the first set of tests among stocked meat is revealed on Friday.

The country's Food Standards Agency warned on Tuesday that products supposedly containing chicken and pork should now also be tested amid speculation that chicken could have been injected with waste from pork to increase its value - a highly sensitive issue for the UK's Muslim and Jewish communities.

Some food-industry officials in France have even speculated that some horsemeat turning up in Britain may turn out to be from donkeys.

The scandal came to light in January when food inspectors in Ireland found horsemeat in burgers stocked by some UK supermarket chains. Meat in the latest incident involving Tesco lasagne had been supplied to the brand Findus by the French food company Comigel.

The revelations have sparked a blame game, with retailers angry at being made scapegoats over problems further down the supply chain.

In the UK, it is not illegal to sell or eat horse meat, but it is illegal to sell food containing ingredients that are not listed in labeling. Although horsemeat is widely consumed in other European countries, many Britons have a cultural aversion to eating it.

Commentators attribute the popular taboo regarding the consumption of horse to the sentimental value historically placed on the animal as a trusted friend and pet; beef consumption has also long been symbolic of Englishness.

Yet the British have few such phobias towards other products and, indeed, have an insatiable appetite for meat. Figures compiled by the Department for Environment, Food and Rural Affairs reveal that in December alone, more than 2.1 million head of livestock of all kinds were slaughtered in the country. Latest figures suggest that during 2012, the country imported more than 1.6 million tons of meat.

However, the public reaction to the horsemeat scandal has revealed how meat is a highly charged topic in the country. A string of polls earlier this week revealed that a large number of consumers were turning their backs on supermarket chains and processed foods, and High Street butchers have reported a surge in trade.

Cost-cutting among consumers because of the economic downturn has driven up consumption of low-cost ready meals. Supermarkets have been driving down costs and what they pay suppliers.

The National Beef Association (NBA) has blamed the adulteration of processed products with cheaper meats on retailers' "heavy discounting" on beef. "Supermarkets are not blameless victims of the horsemeat scandal because the core of the problem is they demand to be supplied at prices that are quite simply unrealistic," the chairman of the NBA, Oisin Murnion, said.

Most experts agree that the inclusion of horsemeat in products does not pose any safety risks and is primarily an issue of mislabeling.

Instead, the central issue is how regulators struggle to police the complex supply chains bringing meat to powerful supermarket groups. Although the horsemeat scandal was initially seen as a British problem, it quickly began to spread to the rest of Europe.

Investigations revealed that horsemeat sold as beef and passing through French factories originated from Romanian slaughterhouses and had been sold on through Dutch and Cypriot traders. Up to 16 EU countries may now be affected, and French and Dutch supermarkets have also been withdrawing processed meat products.

The allegations have put Romania on the defensive. The Romanian Meat Association (ARC) attacked "unfounded allegations" of fraud against meat suppliers in the country and insisted that this could have occurred anywhere along the trade and processing chain.

Mihai Visan, ARC executive director, said: "It looks like just the horsemeat, not the fraud, originates in Romania."

The scandal has exposed gaping holes in the EU monitoring system in the wake of the mad cow crisis in the 1990s that emphasized the ability to trace meats back to their source.

The system's key principle is meant to be "traceability" whereby fresh meat anywhere includes markings to allow authorities to determine where an animal was slaughtered.

In the UK, the scandal has heightened calls for "authenticity" testing of meat products. While the FSA is responsible for food safety and hygiene, it has not been responsible for DNA testing to show whether meat is authentic. Britain's National Farmers Union is among bodies repeating calls for the traceability standards met by UK farmers to be replicated further down the supply chain. The British Retail Consortium, which represents major supermarkets, has called for better intelligence gathering and information-sharing at a European level.

Professor Tony Hines, head of food security and crisis management at the Leatherhead Food Research organization that advises the global food industry, says cost-cutting has seen authenticity programmes decline since 2000. "What we are obviously finding now is gross contamination, gross adulteration and gross misrepresentation... We have got to make sure there is laboratory capacity across Europe and not just labs waiting for a crisis."

The trade union Unison, many of whose members work in the meat industry, says the FSA's meat inspection workforce has shrunk from a high of 1,700 during the BSE and e-Coli crises in the 1990s to about 800 today as a direct consequence of deregulatory policies followed by the European Commission and the UK government.

Kay Staniland of the retail monitoring firm Assosia, which works closely with the food industry, has called for more laboratory testing on products along retail trade channels, saying that "while the investigations will be on-going for some time, I believe that independent trade sampling should be mandatory for all food products."