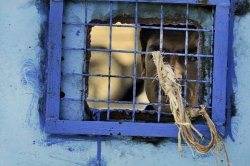 The UN torture watchdog has called on the UK to widen and speed up investigations into allegations that British forces tortured detainees in Iraq and Afghanistan and prosecute those responsible.

British inquiries into alleged abuses by its forces in Iraq since the US-led invasion in 2003 have been slow and there have been no prosecutions for torture or complicity in abuse, although there have been courts martial, the UN body said on Friday.

"The Committee against Torture is deeply concerned at the growing number of serious allegations of torture and ill-treatment, including by means of complicity, as a result of the state party's military interventions in Iraq and Afghanistan," it said.

Its 10 independent experts issued their conclusions after examining Britain's record in complying with a torture ban.

"The procedure for inquiry is rather slow. I understand the reasons, the amount of work in order to investigate properly certain abuses. But it is my view and the view of the committee that this procedure is really slow," Alessio Bruni, a committee member, said in the Swiss city of Geneva.

One factor was the complexity of British law, he said.

"The other thing is that it is always unpleasant to reveal to the public that yes, something wrong was done during military operations overseas," Bruni said.

The committee welcomed Britain's pledge to hold an "independent, judge-led inquiry" and publish parts of a secret interim report by Sir Peter Gibson on involvement of British security and intelligence agencies in mistreating detainees held abroad. But it regretted no timetables had been set.

Despite a number of claims by Iraqis that they were subject to abuse between 2003 and 2009 by British forces, Britain still resisted a full public inquiry that would assess the extent of torture and establish possible command responsibility for senior political and military officials, the UN body said.

Britain should establish a public inquiry "on alleged acts of torture and other ill-treatment of detainees held overseas committed by or at the instigation of or with the consent or acquiescence of British officials", it said.

There have been two British public inquiries into military conduct in Iraq. The first, into the death of Baha Mousa, a 26-year-old hotel receptionist, in British custody in Basra in 2003, found in 2011 he had died after suffering "an appalling episode of serious gratuitous violence" at the hands of British troops.

The UN committee voiced concern that six soldiers had been cleared and a corporal who pleaded guilty to inhumane treatment got only a one-year prison term after a court martial in 2007.

An inquiry into allegations that British soldiers killed, mutilated and tortured Iraqi detainees including Hamid al-Sweady in 2004 after a battle in southern Iraq began in March is due to publish a report by the end of 2014.

The military denies any ‘unlawful’ killings or ill-treatment in the battle's aftermath.