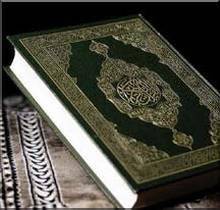 All praise is due to Allah, may the peace and blessings of Allah be upon His last Messenger, Prophet Muhammad, his family, companions, and those following true guidance.

This is my story why I embraced Islam. During my childhood, I was brought up in the Catholic faith particularly within the Aglipayan sect. My grandfather and aunt are faith healers. They worship idols and spirits. I also witnessed many sick people who came to my grandfather and aunt to be healed and they were healed. Thus, these caused me to follow what they believed in.

When I reached the age of seventeen, I noticed that there are many religions having different types of doctrine, however, using one common source, which is the Bible. Everyone claims to be the true religion. Then, I asked myself, “Shall I remain with my family’s faith or shall I try to attend and listen to another religion?” One day my cousin invited me to attend the Pentecost Church. My motive was only to observe what they are doing inside their church. I witnessed that they employ singing, clapping, dancing, crying and raising hands in worship to Jesus. The pastor preached about the bible. He mentioned the most common verses quoted by all preachers pertaining to the divinity of Christ such as: John 1:12, John 3:16, John 8:31-32. That time, I became a born- again Christian. I accepted Jesus Christ as my lord and personal savior.

Every day, my friends used to visit me to go with them in the church. Two months later, they baptized me. I became a regular member of their congregation. Five years passed, our pastor convinced me to work in the ministry, as a volunteer worker. Later on, I became a lead-singer, worship leader, and a Sunday school teacher. Eventually, I became a full time worker in the ministry. My congregation was under the Free Rural Evangelization and Expansion (F.R.E.E.) Mission. It is an evangelical ministry just like the Jesus is Lord (J.I.L), Nazarene, Bread of Life, Pentecostal Church, etc.

I began teaching people about the bible and its doctrines. I read the bible twice from cover to cover. I committed myself to memorize chapters and verses of the bible for the purpose of protecting the faith I was uphold to defend. With the position I had attained, I became proud of myself. I often told myself that I didn’t need other teachings or scriptures except the bible. However, within me, there was still spiritual emptiness. I prayed, fasted, and served to fulfill the will of the god I used to worship, but I only found happiness when inside my church. This feeling of happiness was not constant even when I was with my family. I also noticed that some of my friends who were likewise pastors were materialistic. They indulged themselves with carnality such as illicit relationships with women, corruption, and thirst for fame.

In spite of these, I blindly continued to hold firm with my faith. This is because I knew according to our teachings, many are called but few are chosen. I always prayed to Jesus Christ to forgive my sins as well as their sins. I thought that he is the solution to my problems and as such, he can answer all my prayers.

However, looking into the lives of my co-pastors, you cannot find among them as good examples to the flocks they pastorate. Thus, my faith began to decline. Still, I strived hard to work to serve my congregation.

One day, I thought of going abroad not only to work but also with the intention to proselytize the name of Jesus as lord, Astaghfirullah ( I seek forgiveness of Allah). My plan was to go either to Taiwan or Korea. However, by the Divine Will, I got a visa for Saudi Arabia. Immediately, I signed a three-year contract to work in Jeddah.

A week after I arrived in Jeddah, I observed the diverse lifestyle of different people such as the language, customs, and even the food they eat. I was totally ignorant of other’s culture.

Al-Hamdulillah (all praise and thanks are due to Allah), I had a Filipino co-worker in the factory that happened to be a Muslim and who could speak Arabic. Though, there was little apprehension, I tried to ask him about the Muslims, their faith and beliefs. I thought Muslims were hard-killers who worshipped Satan, Pharaohs, and Muhammad as lords. I shared to him my faith in Christ. As a response, he told me that his religion it totally different from my religion. He quoted two verses from the Noble Quran (which mean):

“…This day I have perfected for you your religion and completed My favor upon you and have approved for you Islam as religion...” [Quran 5:3]

“You worship not besides Him except [mere] names you have named them, you and your fathers, for which Allah has sent down no authority. Legislation is not but for Allah. He has commanded that you worship not except Him. That is the correct religion, but most of the people do not know.” [Quran: 12:40]

The verses he quoted struck me. After that I began to observe his life. Every day we shared each other’s belief and eventually became close friends. In one occasion, we went to Balad (the commercial district of Jeddah) to post some letters. There, I happened to notice many people watching a video of a debate by my favorite “preacher”. My Muslim friend told me that the favorite “preacher” I was telling him happens to be Ahmad Deedat and apparently a famous propagator of Islam. I told him that, our pastors back home had made us to believe that he is just a “great preacher”. They kept to us his real identity that he is a Muslim propagator! Whatever their intention was, definitely, it was to keep us away from knowing the truth. Nevertheless, I bought the videotape as well as some books to read about Islam.

In our residence, my Muslim friend told me about the stories of the Prophets. I was really convinced but pride kept me away from Islam.

Seven months later, another Muslim friend from India came to my room and gave me an English translation of the Quran. Later on, he brought me to Balad and accompanied me to an Islamic Center nearby. There, I met one Filipino brother. We had some religious discussions and related to me his life before when he was a Christian. Then he lectured to me the teachings of Islam.

That blessed night, on the 18th of April 1998, without compulsion, I finally entered Islam. I announced my declaration of faith called the Shahadatain (Profession of Faith), Allahu Akbar! (Allah is the Most Great!). Before that I was following a blind faith. But now, I see the ultimate truth that Islam is the best and complete way of life designed for the whole of mankind, Al-Hamdulillahi Rabbil-‘alamin (All the praises and thanks are to Allah, the Lord of the mankind, jinn and all that exists). My prayer is that Allah will forgive us all our Ignorance regarding Islam and Guide us to the straight path leading to Paradise. Ameen.