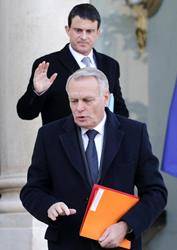 Racism has increased among French people according to an annual report by the French National Consultative Commission on Human Rights (CNCDH) on the fight against racism.

The report released Tuesday said 35 percent of surveyed French people acknowledged being racist comparing to 29 percent in 2012. Nine percent among them said they are "quite racist", and 26 percent said they are "a little racist”.

Romani people and Arab Muslims are the most targeted by racist behaviors, with eighty-seven of surveyed believing that Muslim and Roma people “are separate groups in French society”.

The survey was conducted on a representative sample of 1,026 adults by BVA, a French institute conducting opinion polls.