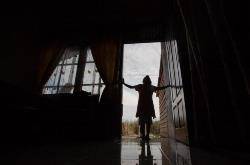 A UN report states that around 120 million girls worldwide have been forced to have sex and that globally one-fifth of murder victims from both sexes are under 20 years old, resulting in 95,000 deaths in 2012.

Drawing on data from 190 countries, the report released on Thursday from the UN children's agency, UNICEF, notes that children around the world are routinely exposed to physical, sexual and emotional violence ranging from murder and forced sexual acts to bullying and abusive discipline.

"It occurs in places where children should be safe, their homes, schools and communities. Increasingly, it happens over the Internet, and it's perpetrated by family members and teachers, neighbors and strangers and other children."

According to the report, "Hidden in Plain Sight", about one in 10 girls around the world under 20 years old have been forced into sex acts, and one in three married adolescent girls, about 84 million, have been victims of emotional, physical or sexual violence committed by their husbands or partners.

UNICEF said the prevalence of partner violence is 70 percent or higher in Congo and Equatorial Guinea, and approaches or exceeds 50 percent in Uganda, Tanzania and Zimbabwe, the AP news agency reported.

In Switzerland, it said a 2009 study found 22 percent of girls and eight percent of boys aged 15 to 17 had experienced at least one incident of sexual violence, most commonly stemming from interactions on the Internet.

James Elder, a communication specialist for UNICEF, told Al Jazeera that violence against children is not a regional issue.
"We mustn’t forget that Western nations are not immune to this," he said. "This is not limited to any particular part of the world."

The agency also found that murder is the leading cause of death among males between the ages of 10 and 19 in several countries in Central and South America, including Panama, Venezuela, El Salvador, Brazil, and Guatemala.

Nigeria had the largest number of young murder victims, with almost 13,000 deaths in 2012, followed by Brazil with about 11,000, the study found.

Among countries in Western Europe and North America, the US has the highest child murder rate, it said.

Susan Bissell, chief of the child protection unit at UNICEF, told Al Jazeera that the conviction rates of those who carried out the abuse was far less compared to the number of children affected.

"Just use the trafficking example again, for every 800 victims of trafficking there may be one conviction of someone," she said.

"So the numbers are really askew and I think the message out there to the perpetrators is you can do this and get away with it."

According to UNICEF, slightly more than one-third of students between the ages of 13 and 15 worldwide are regularly bullied in school and in Samoa, the proportion rises to three-quarters.

In Europe and North America, almost one-third of students aged 11 to 15 report bullying others and in Latvia and Romania the number rose to nearly 60 percent, UNICEF said.