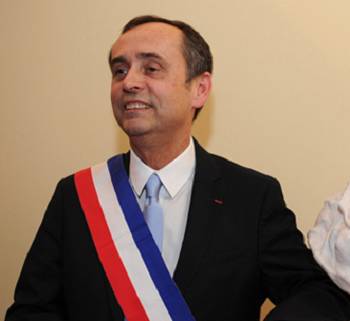 An investigation has been launched against Robert Menard, the far right mayor of the town of Beziers, in southern France, over a statement on his keeping files on the number of Muslim students in his town, according to French media.

The probe, announced on Tuesday by Beziers prosecutor Yvon Calvet, comes after Menard said on Monday on the TV channel France 2 that he had statistical information on the religious affiliation of students enrolled in schools in his town, noting that 64.6 percent of them were Muslims.

"These figures are those of my town, we have them. Sorry to say that the mayor has names of the students grade by grade. I know I do not have the right to, but I do it," Menard said.

"Sorry but the names reveal their faith, “he added.

Menard, former president of Reporters Without Borders, spoke about an "immigration problem" in his town arguing the lack of knowledge of the French language by parents of those students.

On Tuesday, he denied in a statement the existence of any files other than those provided by the Ministry of Education.

France's premier Manuel Valls tweeted:" "Shame on the mayor of Beziers. The Republic makes NO distinction among its children."

The Minister of Education, Najat Vallaud-Belkacem said that Menard's act was "deeply anti-Republican" besides that "filing is illegal for a mayor who represents the state on his town."

"It is forbidden to process personal data that reveals, directly or indirectly, the racial or ethnic origin, philosophical, political or religious (belief), or trade union affiliation of persons, or that is related to their health or their sexual orientation," says the text.